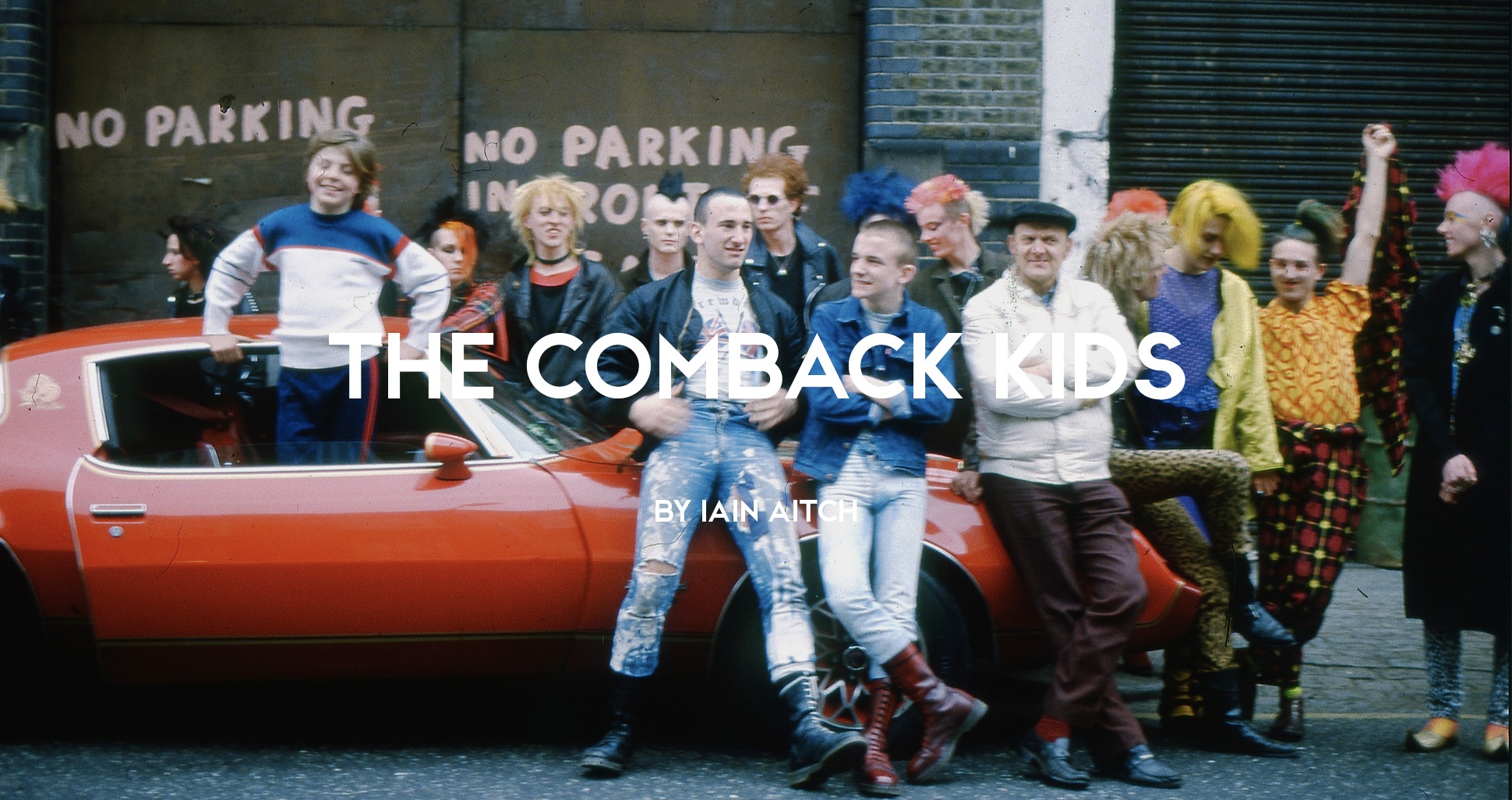 Its time to look back! Let's explore the intense period in British youth culture history in the 1970s and 1980s where young people first started to look backwards for their inspiration and signposts, rather than exploring the current culture points and the future. This exploration informed their tastes in music, clothes and outlook, and soon the Mods, Rockers and Skinheads were flooding towns yet again. 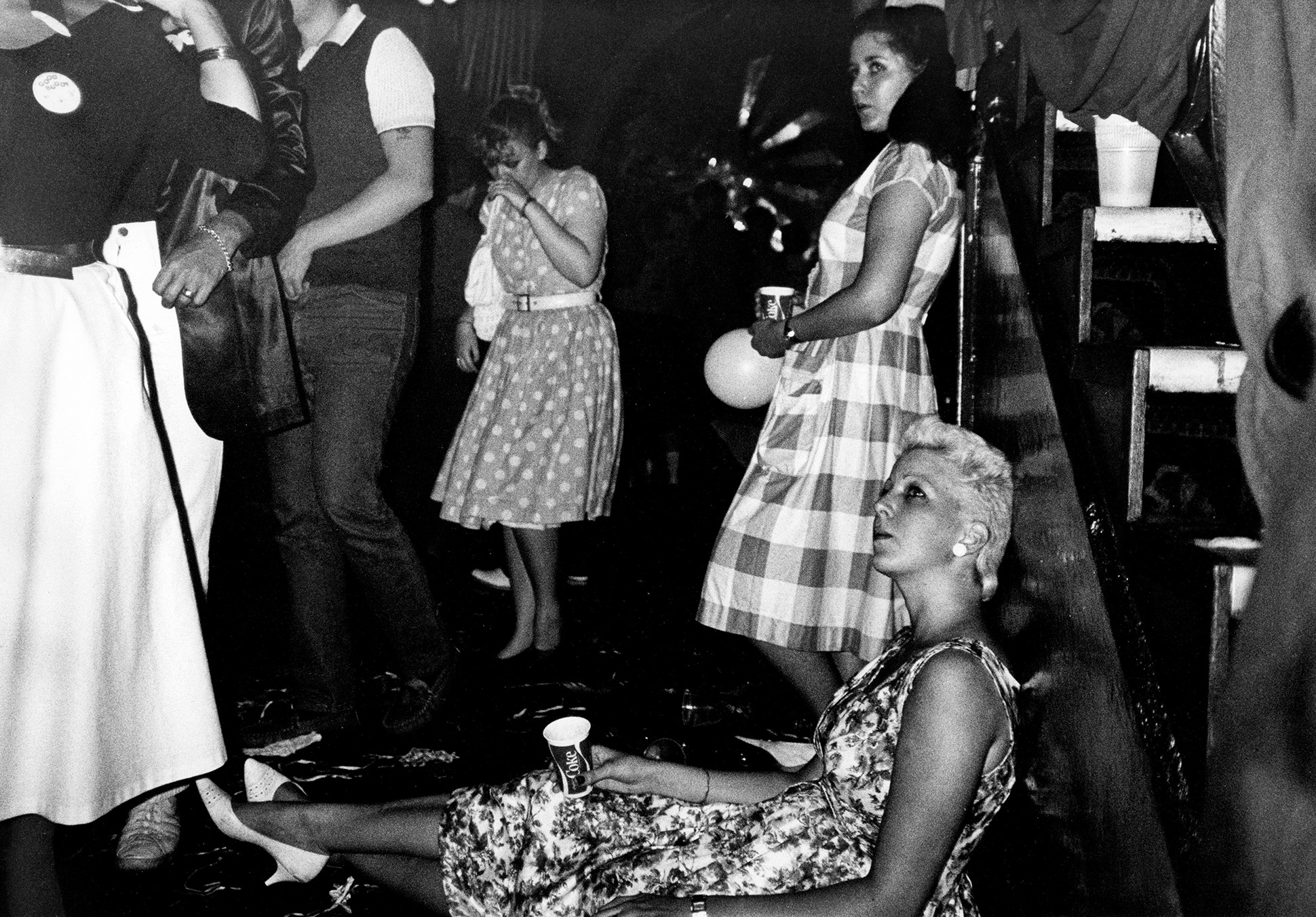 The latter end of the 1970s saw the mod, skinhead and rockabilly subcultures bounce back, partly inspired by the accessibility of punk and partly kicking against it. A new generation of bands, fans, films and fashions combined with the pick of the past to create youth cults that were true to their roots while being new movements in their own right.

The mod revival was kickstarted by the confluence of the Jam’s early LPs and the 1979 release of Quadrophenia, with the film being inspired and sound-tracked by The Who’s 1973 LP about young mod Jimmy. As with all good subcultures, young mods were inspired to seek out the sounds their forbears would have listened to and the threads they would have worn. All of which led to 11-year-olds with a taste for early Motown singles and ads in the music press for cheap mod suits, pork pie hats and skinny ties. The original faces would have been horrified by this fake mohair mail order.

This mod revival ran alongside the growth of the 2-Tone sound, with the black-and-white checked gear being a natural fit for the mods, as much as the ska-inspired sounds were. But this being youth subculture, nothing was that simple. This was because the 2-Tone cult was overwhelmingly the key to a skinhead revival.

The Specials’ debut 2-Tone single Gangsters kicked things off, but within weeks of Madness performing The Prince on Top of the Pops seemingly 50% of the UK’s 10-year-olds had become mini-skins. If you seek out the Specials edition of Rock Goes to College, broadcast by the BBC in January 1980, you can see the phenomenon for yourself. Terror tots invading the stage in all the gear.

Skinheads had still been there during punk and were on the rise alongside 2-Tone, but the unexpected explosion saw the bands become fully-fledged popstars and their fans become subject of a new moral panic. The hair was not generally being shaved right off at this point, but even a number-four crop was seen as a sign of degeneracy by many schools and parents.

Of course, the older mod and skinhead revivalists took their chance to revive the bank holiday clash in seaside towns such as Margate, despite the fact that both may have been listening to the latest Selecter single before heading out.

True, the mods had their own new bands, such as Secret Affair, but the social class differences that partly inspired the origin of skinheads were still one of the main reasons to fight them on the beaches at Whitsun. Photos of the time can be confusing, as mods in Harrington jacket, Fred Perry and sta-prest clash with skinheads or rude boys/girls in the same attire. Aficionados can, of course, spot the subtle signs in the different clothes, not to mention (in most cases) the haircuts.

"The latter end of the 1970s saw the mod, skinhead and rockabilly subcultures bounce back, partly inspired by the accessibility of punk and partly kicking against it. A new generation of bands, fans, films and fashions combined with the pick of the past to create youth cults that were true to their roots while being new movements in their own right." 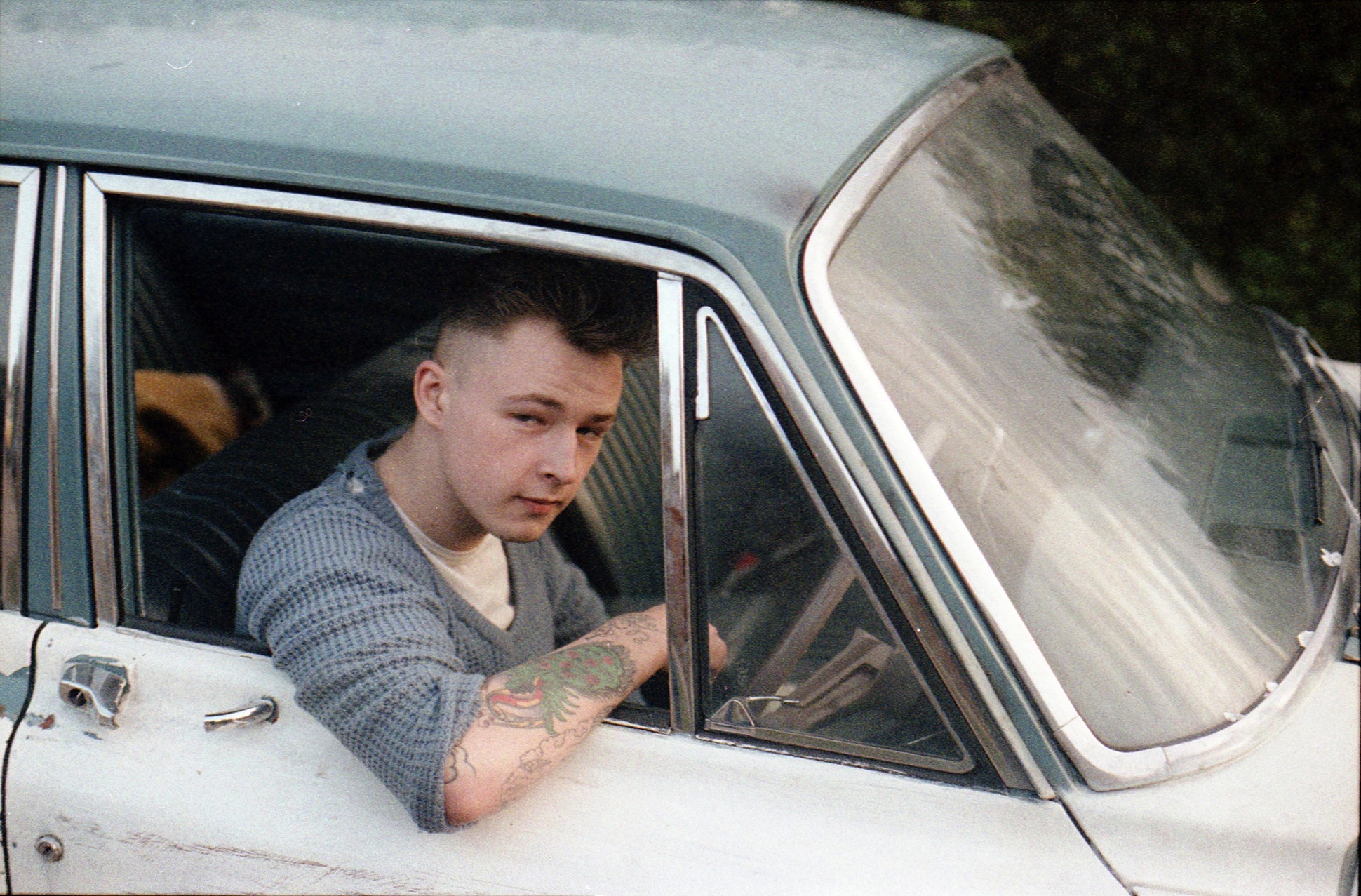 Also joining these groups on the sands would have been some rockabilly revivalists. Their own subculture harked back to the 1950s, but in many cases was simply an update on the tastes of their own Teddy Boy/Girl parents. These parents may have even been among the older Teds who took offence at the peacock-like parading of punks and laid into them.

The Stray Cats and The Polecats were the sounds that inspired and grew the rockabilly revival, although Matchbox’s Rockabilly Rebel gave it both a theme tune and a cat call that rival cult members could rib them with.

Malcom McLaren and Vivienne Westwood still had some old Teddy Boy gear hanging around at their King’s Road shop at the fag-end of punk. But Johnsons The Modern Outfitter, also on King’s Road was where the high-end rockabilly clothes were. Although Johnsons confusingly provided gear for both Quadrophenia, the Stray Cats, Madness and The Clash.

Shakin’ Stevens was a constant for all the ‘billy generations and was seldom out of the charts. Although he didn’t have the harder edge that many of the younger crowd went for. This revival would later mutate into the psychobilly of the early 1980s, with the rock and roll hairstyles being traded for Crazy Colour flat-tops or high-rise quiffs. The gigs by their bands, such as The Meteors or King Kurt, were often violent affairs, where cider was king and hygiene not a priority. These were essentially punks who enjoyed speed-laced rock and roll.

All of these revivals were fairly short-lived and only had the same lifespan in this form as their leading bands. The Jam dissolved into the Style Council in 1982, offering a lighter touch and a pastel jumper around the shoulders rather than a US Army parka on your back. The Specials left on a high with ‘Ghost Town’ and shift to the Fun Boy Three, having already offered a change of fashion and sound on More Specials. Meanwhile, Stray Cats became huge stars in their native US (the drummer married actress Britt Ekland), but left their UK fans’ tastes behind.

Before long, all three groups would be getting along just fine at the mid-1980s scooter rallies, which allowed mutated versions of all three subcultures to ride out together whilst maintaining elements of their musical and fashion tastes.

Iain Aitch is a London & Margate-based author, writer, creative consultant and artist, as well as youth culture researcher. He was recently the artist and writer in residence in Margate, producing a photographic show about youth culture history for Turner Contemporary. 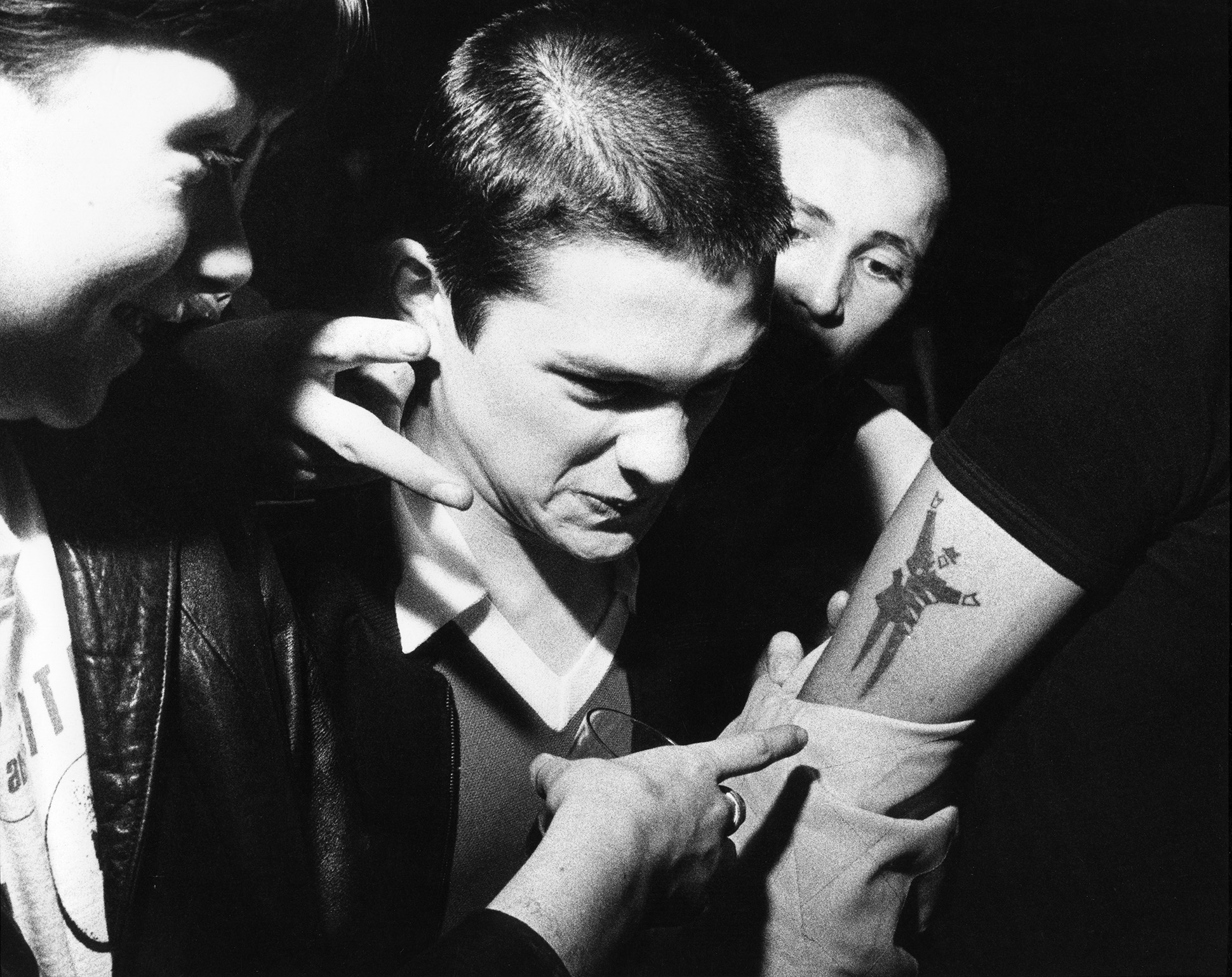