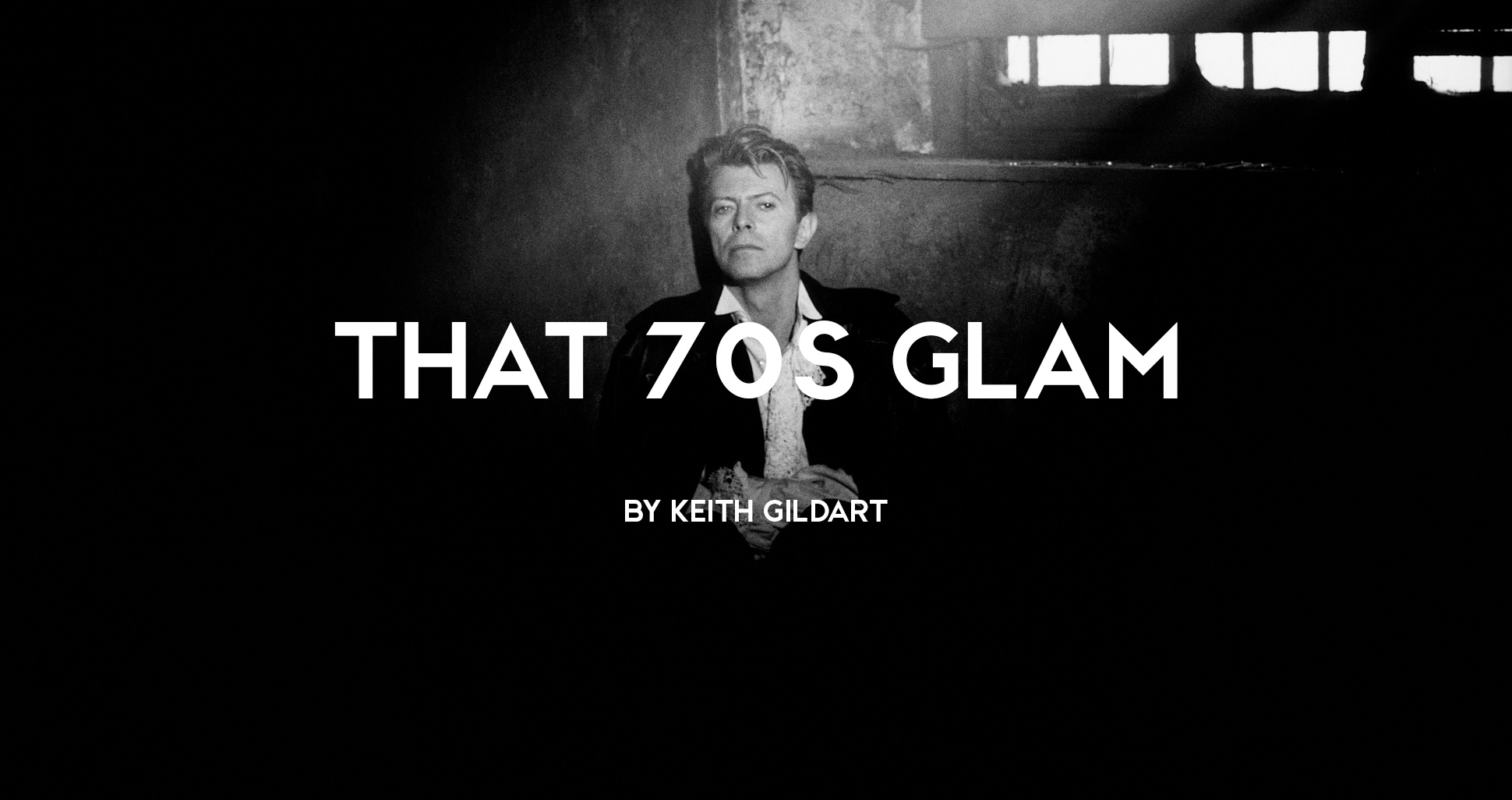 The emergence of Glam Rock in the 1970s ushered in a new outlandish style, with musicians and teenage fans pulling out their platform boots, space suits and glitter, opening up new discussions around gender and androgyny that paved the way for future youth movements including the Punks and New Romantics. 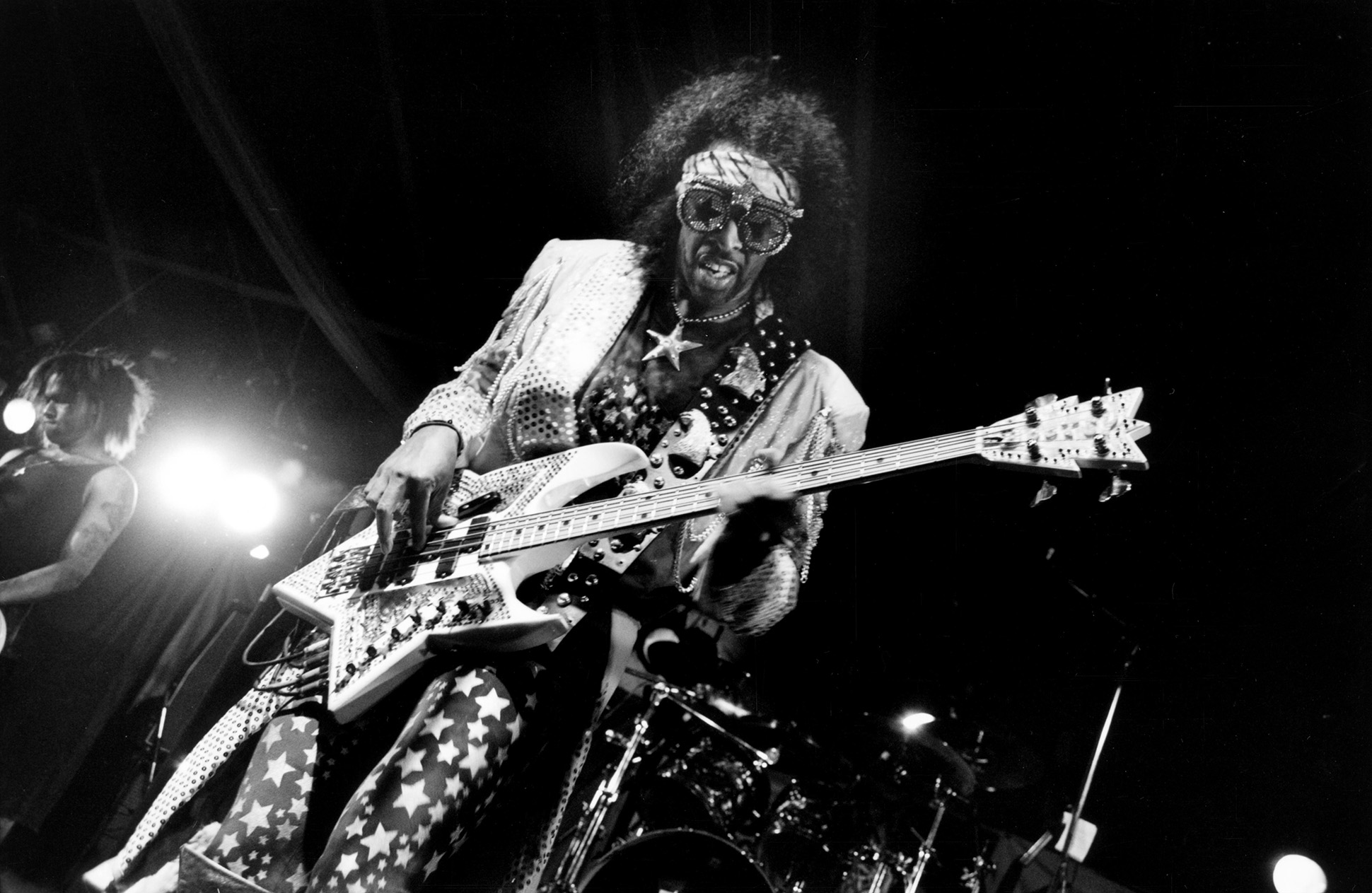 Glam Rock was a form of music, fashion and personal expression that can generally be framed between the years 1970-74. In 1970, David Bowie and the Hype performed a concert at the Roundhouse in London dressed in the kind of outlandish clothes that would later become a component of Glam Rock phenomenon. A year later on 11 March 1971, T-Rex appeared on the popular television series Top of the Pops performing ‘Hot Love’ for which lead singer Marc Bolan sprinkled glitter tears under his eyes. In subsequent appearances on the show and in concert he would embellish this image with make-up and feather boas. Elements of this look were adopted by thousands of teenagers who would develop their own style with tinsel, satin, velvet and rouge when attending concerts, discos and youth clubs. Bedrooms across Britain were temporarily converted into make-up booths and dancefloors with walls plastered with posters of Bolan, Bowie and associated Glam Rock pin-ups. Icons of Glam Rock would regularly appear in teenage magazines such as Jackie, which was largely aimed at working-class girls.

The most commercially successful band of this period, Slade, also adopted a Glam Rock image personified by the sparkling top-hat respondent with mirrors worn by singer Noddy Holder and the preposterous platforms, shiny jumpsuits and space-age styled instruments of guitarist Dave Hill. Art school rockers Roxy Music appeared on stage and television wearing a range of outlandish outfits that sparkled, shimmied and outraged. Yet it was Bowie in the guise of Ziggy Stardust in 1972-3 that gave Glam Rock an element of strangeness, sophistication and a route through which young men and women could transgress contemporary conceptions of masculinity, femininity and sexuality. His performance of ‘Starman’ on Top of the Pops in July 1972 became an iconic moment in which he gently embraced guitarist Mick Ronson. This was an act that had been preceded by Bowie seemingly performing fellatio on Ronson’s guitar during a live performance and announcing that he was gay in the pages of the music press.

A far less serious, but nonetheless important articulation of Glam Rock was popularised by the group Sweet. Sweet performed in front of raucous working-class audiences in Mecca Ballrooms across the country in 1972-3 in which guitarist Steve Priest would take cross-dressing, glitter and sparkle to another level. Their hits such as ‘Blockbuster!’ and ‘Ballroom Blitz’ were written and produced by Nicholas Chinn and Mike Chapman who were behind multiple Glam Rock hits. After Bowie and Bolan, perhaps the most popular purveyor of Glam Rock was perhaps Gary Glitter. Glitter’s performance of Glam Rock reached beyond the confines of the music aficionados and along with Bolan and Bowie he had mass popular appeal. Other groups and performers who toyed with glam imagery with some success were Lou Reed, Iggy Pop, Mud, Steve Harley and Cockney Rebel, Wizzard and Mott the Hoople. 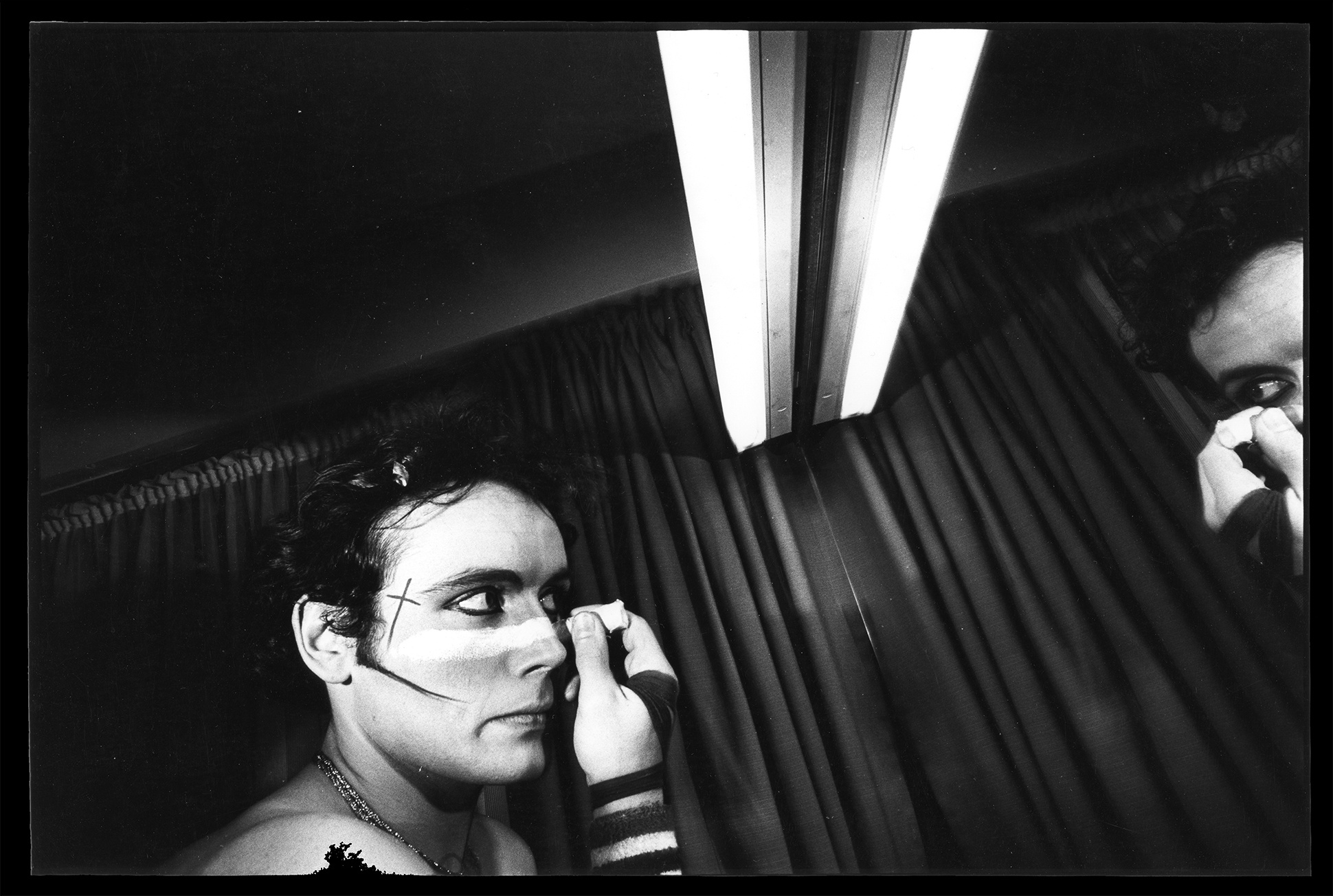 Sonically, Glam Rock marked a return to the 3-minute rock ‘n’ roll and pop format that had been marginalised by the more serious rock music of the period 1967-71. In this way it complemented the economic and social conditions of Britain in which young people sought hedonistic solace and escape from political violence, unstable incomes, and industrial conflict. Yet by 1974 the key icons of Glam Rock had either changed direction or were suffering from lack of commercial record sales and popularity.  Bowie moved on musically and sartorially quickly dispensing with the Ziggy era style. Bolan-mania had reached a peak with the release of the feature film Born to Boogie in 1972, and by 1974 T-Rex were having less success. Similarly, Slade moved into new musical directions and their own appearance on film in Flame (1974) was devoid of any notion of Glam Rock associations. It was left to Gary Glitter to symbolise the end of the Glam Rock period with Remember Me This Way (1974). The film intersperses concert footage in which Glitter rides on stage on a motorbike with scenes involving him as a leading man in various guises as martial arts expert, lothario and rock icon.

Yet Glam Rock left traces through the 1970s and into the 1980s. The New York Dolls used Glam Rock fashion, imagery, and attitude in creating a path to the emerging punk rock scene in the United States and Britain in the mid-1970s. In punk and post-punk groups such as Adam and the Ants, and Japan toyed with Glam Rock imagery. Flashes of Glam Rock were also visible in the New Romantic scene and gained mass exposure and popularity through Boy George and Culture Club. Glam Rock also influenced aspects of hard rock and metal with the heavily stylised Kiss performing in garish make-up and outfits and the ‘hair bands’ of the 1980s who used makeup, glitter, spandex and sparkle in the form of Motley Crue and Twisted Sister.

Keith Gildart is a professor of Labour and Social History at University of Wolverhampton. After working as an underground coal miner for seven years he studied at the universities of Manchester and York. His research interests are focused on nineteenth/twentieth century British history, labour movements, working class politics, youth culture and popular music. 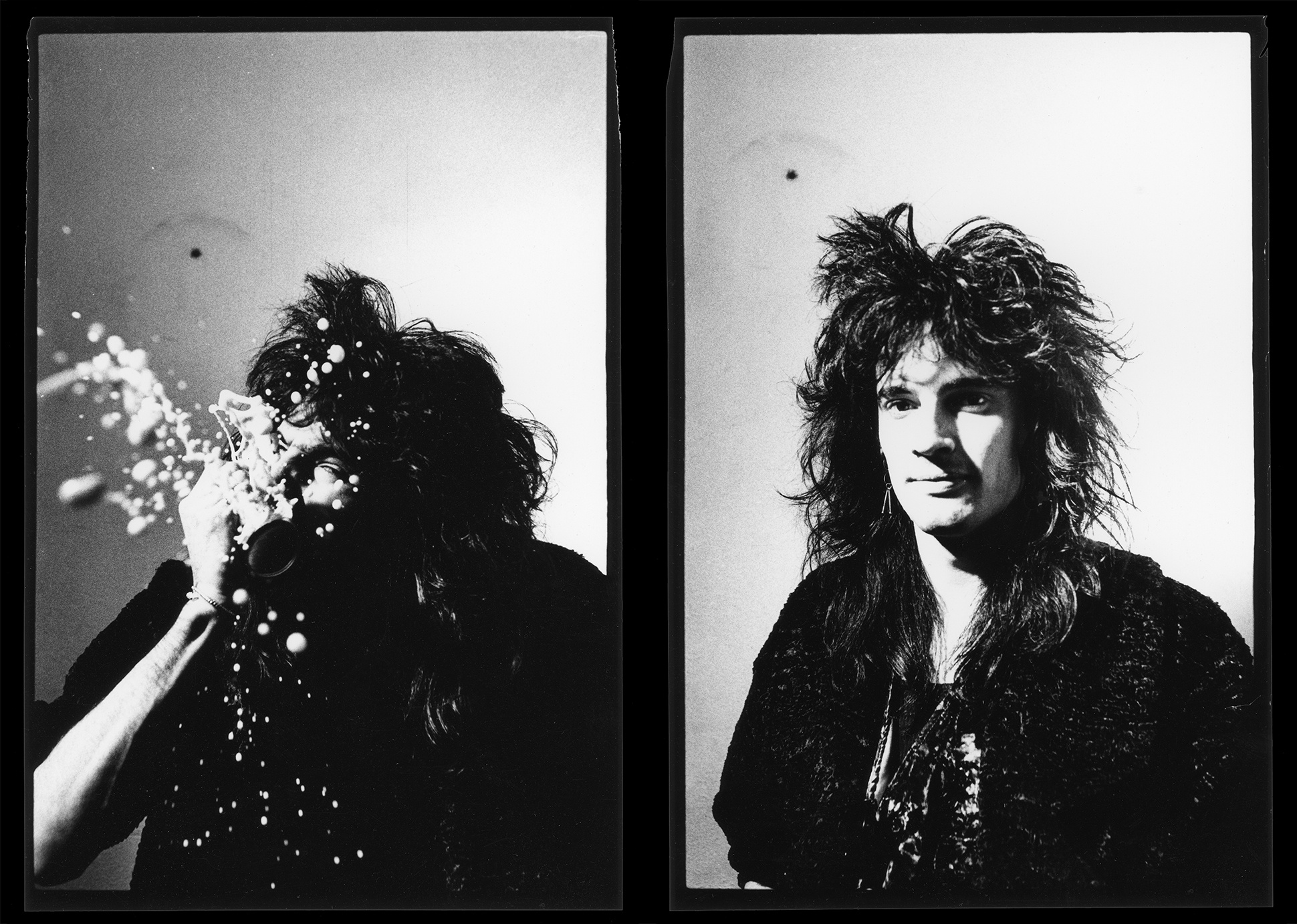