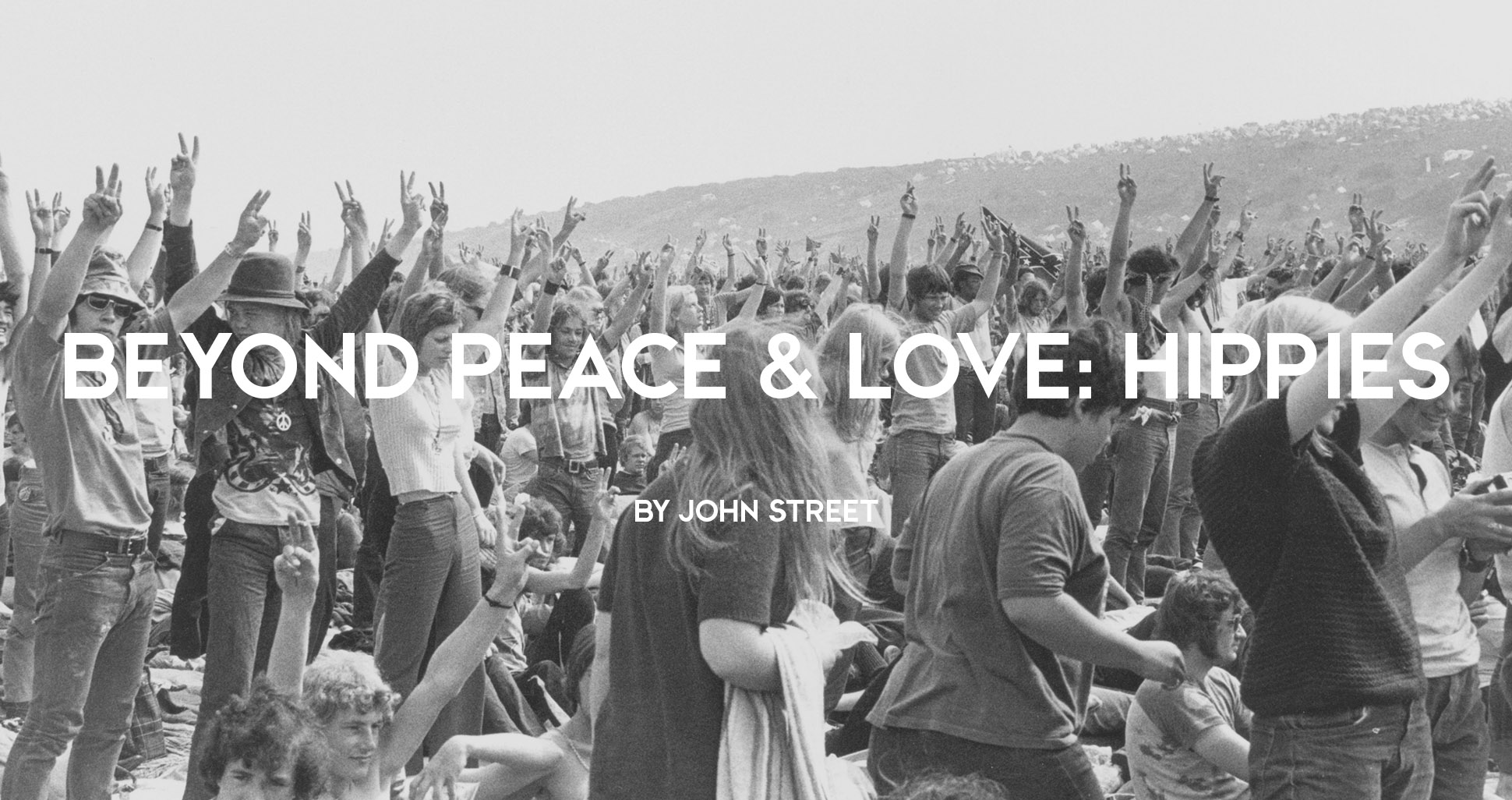 'Hippy' is a loose term which can refer to anyone drawn to the counter culture, rejecting the mainstream. This movement began to build momentum in the early 1960s and mushroomed as the decade progressed, fuelled by the rise in recreational and hallucinogenic drug use, which was reflected in the free thinking music and lifestyles that blossomed prior to the punk apocalypse of the latter end of the 1970s. 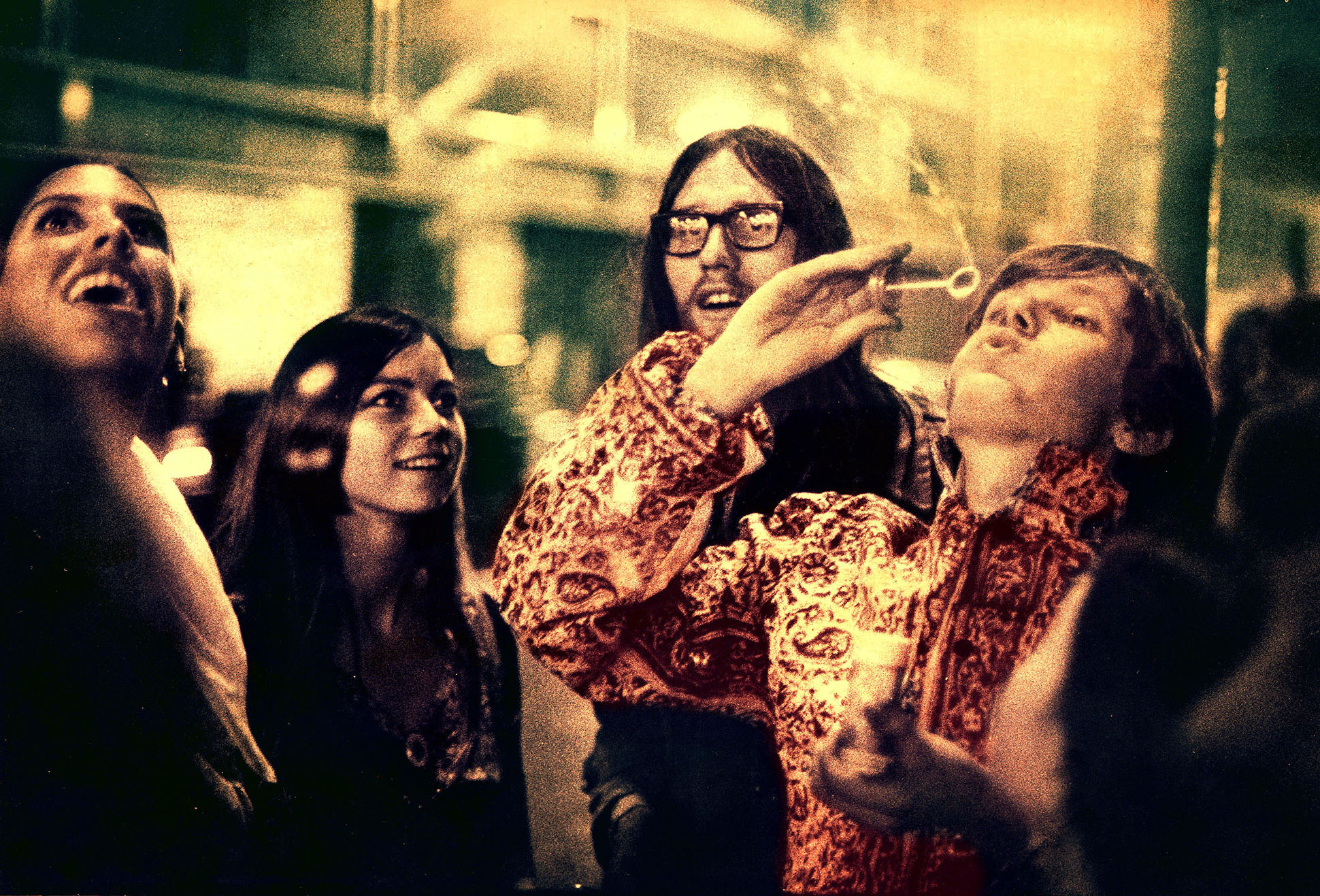 The hippies were seen to define sixties culture – or, at least, the mythologised version of that decade.  With their long hair, their colourful clothes, their experiments with drugs and with music, and their espousal of ‘peace and love’, they were thought to represent the era when Britain finally escaped the repressed morality and post-war austerity of the 1950s. Of course, the reality is rather more complicated.

The hippies were always a small minority. They flourished (and began to fade) in the latter half of the sixties. And while records like The Beatles’ Sgt Pepper’s Lonely Hearts Club Band seemed to celebrate the spirit of the times, the soundtrack to The Sound of Music spent more time at the top of the charts.

Nonetheless, the hippies were an important vehicle for British youth culture. They gave expression to attitudes and values that reached well beyond their immediate circle. They seemed to represent ‘freedom’. Their hair and clothes contrasted with the short-back-and sides or permed bouffants of their parents; their music prized improvisation and self-expression; their morality was defined by liberal tolerance.

The hippy ethos gave rise to the free music festivals movement and to the first Glastonbury festival. The UK may not have had its Woodstock, but it had the Isle of Wight festival in the same year, when a reported 150,000 fans heard Bob Dylan, The Who, Free and many others.

Hippy attitudes also inspired, and were inspired by, the growth of independent magazine publishing, in the form of International Times, Oz, Gandalf’s Garden, ZigZag and many more. It was these that articulated what it meant to be a ‘hippy’.

It was an identity for which clothes were key. The adoption of kaftans, floral dresses, flared trousers and cheese cloth blouses helped to found commercial ventures like London’s Carnaby Street and the King’s Road.

It gave impetus to, and provided an audience for, a new generation of bands and musicians – Pink Floyd, The Incredible String Band, Quintessence, Tyrannosaurus Rex, and The Jimi Hendrix Experience, among many others, particularly from the West Coast of the US.  Rock stars – such as Mick Jagger and John Lennon – dressed as hippies and gave voice to its ideas and attitudes.

None of this happened simply as the product of consumer demand or subcultural invention. There were a number of key supporting factors and institutions.

The Pirate Radio stations, which began broadcasting in 1964, were vital to disseminating the music, and to giving it its subversive, alternative character. John Peel, and his show on Radio London, The Perfumed Garden, was an arbiter of hippy musical taste. When the Pirate stations were outlawed by the Labour government in 1967, the newly created BBC Radio 1 was to help continue the hippy sensibility, recruiting Peel to host Top Gear.

Supporting these broadcasts were independent record shops like One Stop, later to be joined by Richard Branson’s Virgin mail order company, and venues such as the UFO.

The film industry too gave flesh to hippy culture, with movies such Lindsay Anderson’s If and  Dennis Hopper’s Easy Rider.

"Nonetheless, the hippies were an important vehicle for British youth culture. They gave expression to attitudes and values that reached well beyond their immediate circle. They seemed to represent ‘freedom’." 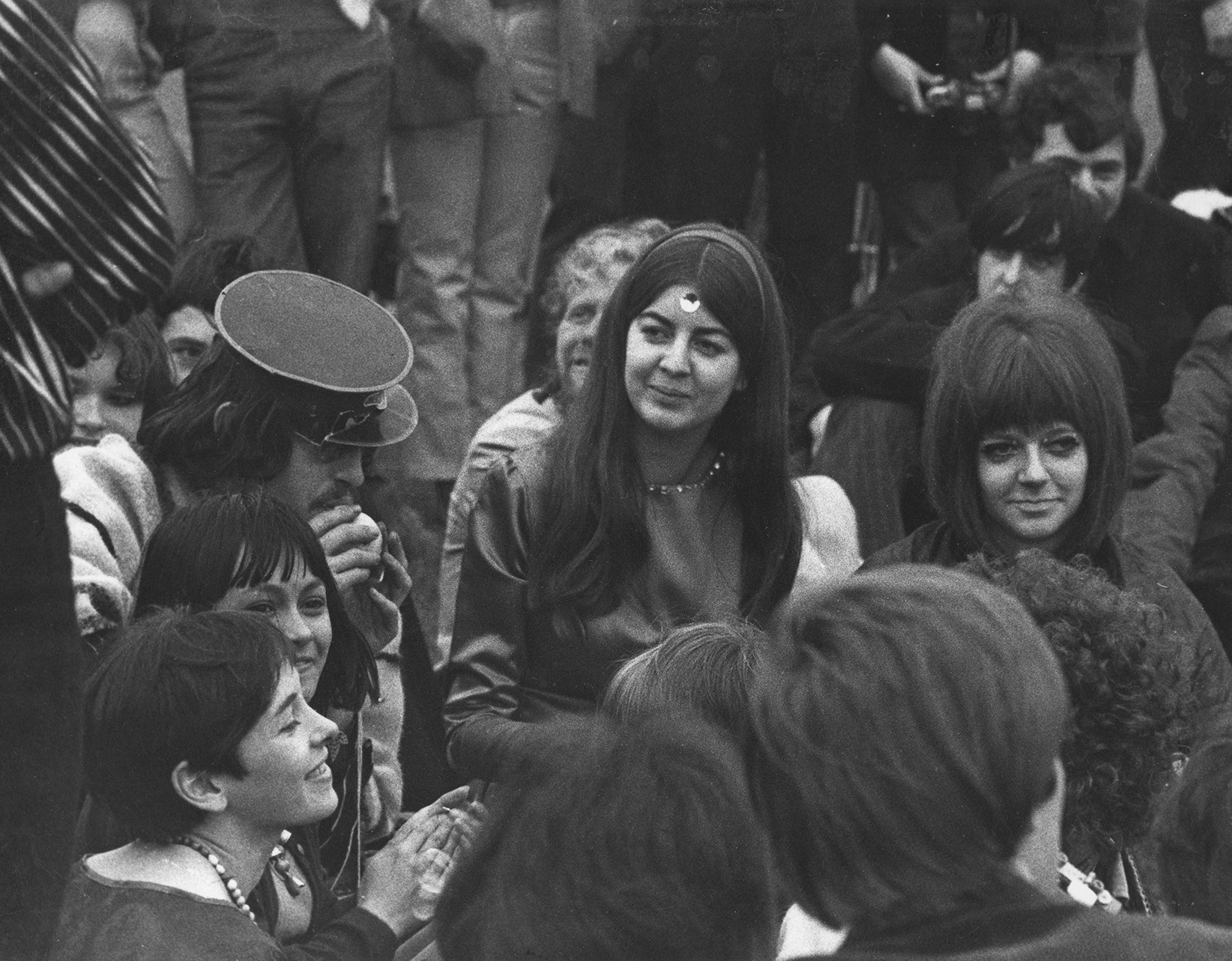 The music industry was a key player, of course, setting up labels specifically to host hippy musicians, such as Dandelion and Harvest, both, it should be noted, part of larger mainstream corporations.

And then there were the drugs. It is hard to imagine hippy culture without marijuana and LSD. Each, in their different ways, gave form to the lifestyle and its associated attitudes. Another, legal drug was also vitally important to hippy culture: the contraception pill.

The expansion of higher education was crucial to providing people willing and able to become hippies, to act as an audience to its stars, and to become the entrepreneurs for the new art and culture. The 1960s saw the founding of the universities of Warwick, Sussex, York, Kent, Lancaster, Essex and East Anglia. While students remained a very small proportion of their age group, they were heavily over represented among hippies.

The police and the justice system also contributed to the rise of hippies. They began the decade prosecuting Lady Chatterley’s Lover for obscenity and ended it doing the same to Oz and its Schoolkids issue. Inbetween, they arrested and imprisoned (briefly) Mick Jagger and Keith Richards on drug offences. Such interventions served to mark the boundaries between ‘straight society’ and hippies.

Discernible through all this was a unifying philosophy, or attitude. The hippies appeared to reject the work ethic and morality of their parents’ generation. The experimentalism, whether in drugs or art or fashion, was symptomatic of a rejection of conventional wisdom. Their espousal of love and peace was a rejection of Cold War diplomacy and Mutually Assured Destruction.

But for all the apparent change, much remained the same. While the sixties saw the rise of the women’s liberation movement, women themselves have spoken bitterly of how little the era of ‘free love’ benefited them. Men’s freedom was often at the cost of women’s. And many of those who articulated the hippy dream of self-sufficiency went on to make a fortune from it. Richard Branson is now worth $4 billion.

John Street is a professor of politics in the School of Political, Social and International Studies at University of East Anglia. He is the author of Rebel Rock: The Politics of Popular Music and Music and Politics. 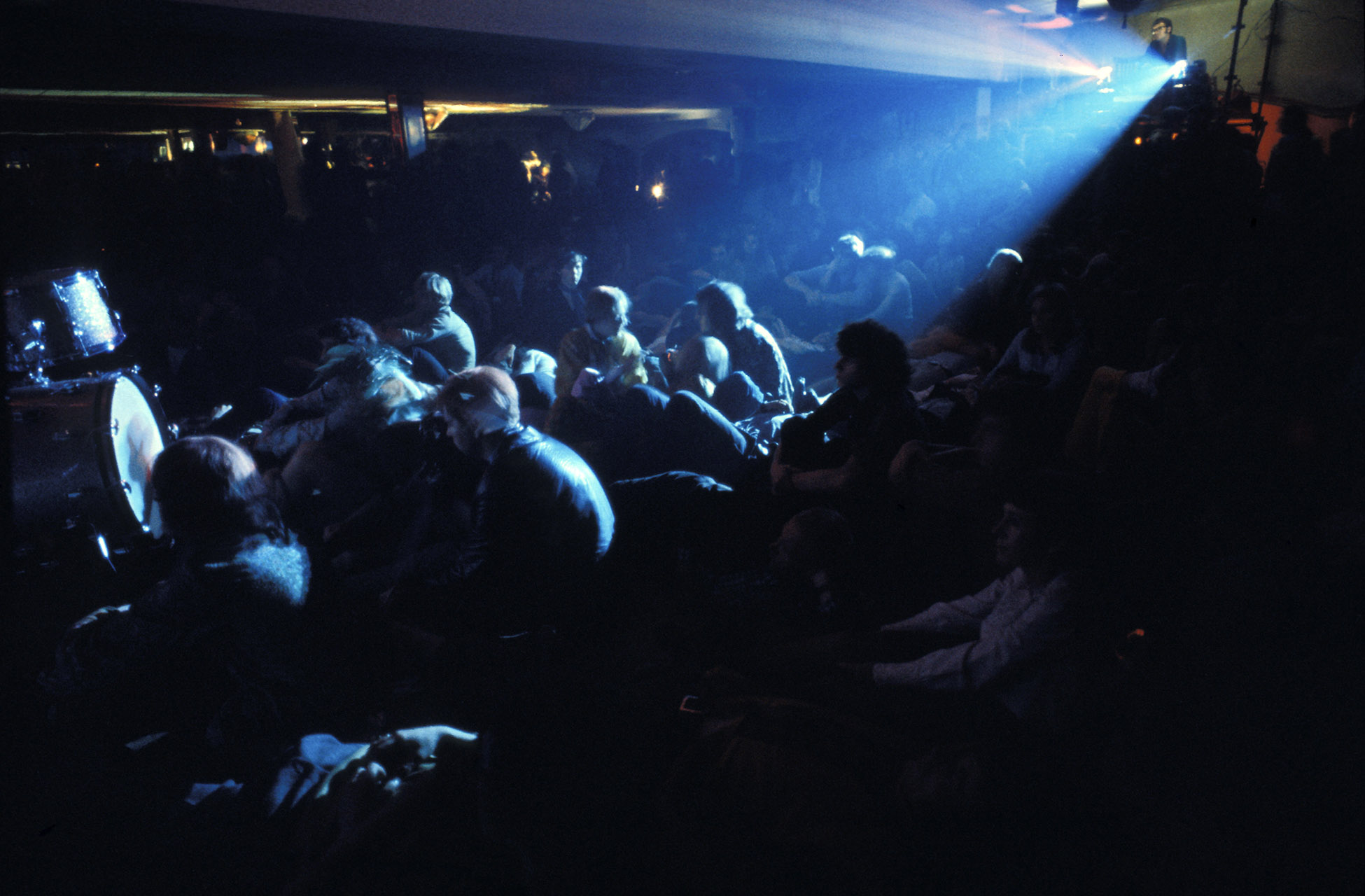