Grime has taken the world by storm, with Stormzy taking the headline slot at Glastonbury festival, the first Black British solo artist to do so. Its been a long road since its beginnings in the housing estates of East London in the early 00s, giving rise to artists such as Skepta, Wiley and Lady Leshurr. Lets delve into the story so far, from its humble beginnings to the big stage.

Grime, a UK-based genre which draws in elements of reggae, dance and rap music, developed around 2002 in London, evolving from the club music of the time, predominately Jungle and UK Garage. Early grime artists like Ms Dynamite often straddled the divide between the two genres on tracks like ‘Dy-Na-Mi-Tee’, Whilst Wiley, one of the genre’s pioneers and often cited as the ‘Godfather of Grime’, was originally in the UK garage group Pay As U Go Cartel.

When Pay As U Go Cartel split, Wiley began making his own style of music, which he dubbed ‘eskibeat’ due to the cold feel of the instrumentals. At this point the key components of grime became formalised, tracks were usually 140bpm and would include heavy ‘grimey’ sub-bass (hence the genre’s eventual name) and clean, cold synth notes. Genre-defining instrumental tracks from this time include Wiley’s ‘Eskimo’ and Musical Mob’s ‘Pulse X’.

The burgeoning scene quickly grew, centred around East London but pulling in artists from across London and the UK as it grew in popularity. East London MC Dizzee Rascal’s debut album ‘Boy In Da Corner’ won the 2003 Mercury Prize, the moment when grime broke cover and hit the mainstream for the first time.

2003 also saw the launch of Channel U, a satellite TV channel that gave grime MCs a national platform for their music that wasn’t reliant on the illegal pirate radio stations such as Rinse and Deja Vu FM which had been the breeding ground for the genre in its early days. The recordings on Channel U tended to be rough and homemade on the estates where the MCs lived, tying into grime’s low cost, inner city aesthetic. Channel U was such a large influence on early grime that it was referenced in numerous songs, including Lady Sovereign’s ‘9 to 5’, as well as songs by Kano and Lethal Bizzle.

" Grime - the most significant and controversial musical expression to emerge since punk" - Simon Wheatley, Grime Photographer

The aesthetic style of grime also owed everything to the inner-city estates where the genre was formed, with tracksuits and trainers the unisex uniform of choice. Dizzee Rascal’s outfit on the cover of ‘Boy In Da Corner’ exemplifies this – a monochrome black tracksuit with the hood up and Black Nike trainers. Whilst the style was a kick-back against UK Garage’s ‘no hats, no hoods, no trainers’ dress code, outfits were still important. Brands like Avirex, Nike or Adidas were essential and tracksuits and trainers were best when brand new. Nike Air Max or Air Force 1s were so popular in the early grime scene that Dizzee Rascal even namechecked them on ‘Fix Up Look Sharp’, proclaiming “It's an Air Force One / Trainers by the truck load, trainers by the tonne”.

This broadcast of grime nationally also impacted on the developing regional scenes, with grime taking root in urban areas across the UK, notably Birmingham, which produced one of the first  major scenes outside of London. North London MC Jammer began filming lyrical clashes, in which two MCs would go head to head, each trying to prove they were better than the other. These clashes were released as the Lord of the Mics series, and the first (released in 2004) featured a clash between North London MC Skepta and Birmingham MC Devilman, a clear indication of grime’s spread outside of the capital.

In the years that followed, grime continued to develop and spread, but never quite succeeded to cross over into the mainstream until 2008, when Wiley’s ‘Wearing My Rolex’ reached #2 in the charts and Dizzee Rascal’s ‘Dance Wiv Me’ got to #1 shortly afterwards. This was followed by a succession of hit tracks from grime artists, most of which deviated from the traditional grime sound in an attempt to reach a wider audience. Grime artists including Tinchy Stryder and Tinie Tempah both made it to #1 with songs that were grime-influenced, but not ‘grime’ in the traditional sense.

At this point the genre split, with top tier stars including Dizzee Rascal, Wiley and Tinchy Styder continuing to angle towards the mainstream, whilst other artists continued to make the music they always had, regardless of whether it was suited to the mainstream market. The chart success of the former was relatively short-lived, and within a few years the general consensus was that grime’s time in the mainstream had run its course, aside from occasional dance tracks from grime artists, such as Wiley and Ms D’s #1 single ‘Heatwave’, released in 2012.

Grime was once again catapulted into the mainstream in 2014, first by Meridian Dan’s “German Whip”, which peaked at #13 and is often credited with grime’s unexpected resurgence. This was followed by Skepta’s “That’s Not Me”, a conscious attempt to return to grime’s roots, with deep sub-bass, icy synths and a video shot on a budget of £80.

Grime outside of London was also entrenched by this point, and artists like Lady Leshurr and Jaykae (both from Birmingham) and Bugzy Malone (from Manchester) contributed to the growing swell of new, exciting music. This, coupled with career-defining albums from MCs such as Kano (‘Made in the Manor), JME (‘Integrity>’), Wiley (‘Godfather’) and Skepta (‘Konnichiwa’) led to a resurgence of interest in the genre. Croydon MC Stormzy rode the back of this wave and deftly mixed grime, gospel and soul on his debut album ‘Gang Signs and Prayer’, released in 2017 and the first #1 album by a grime artist since the genre’s birth 15 years earlier.

Jake Hawkes is a freelance music journalist and writer, having researched his MA thesis around 70s and 80s music subcultures, tracing it to present day. 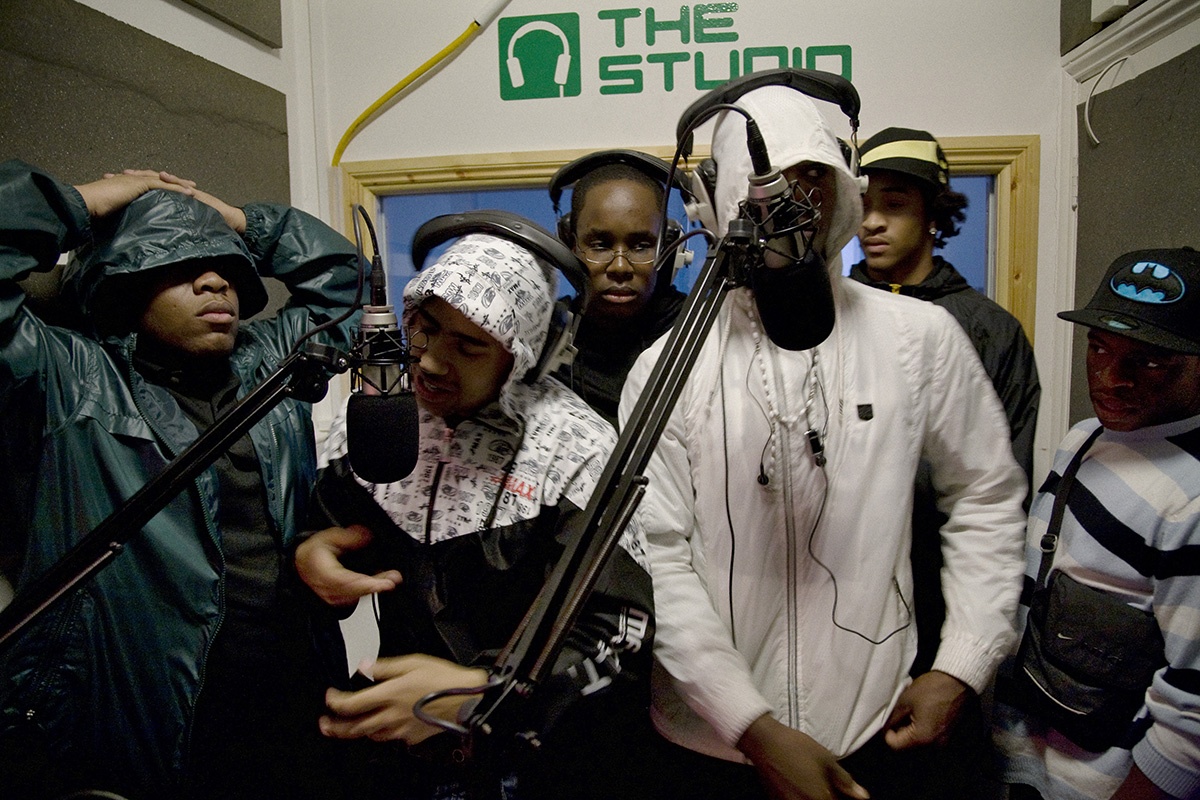