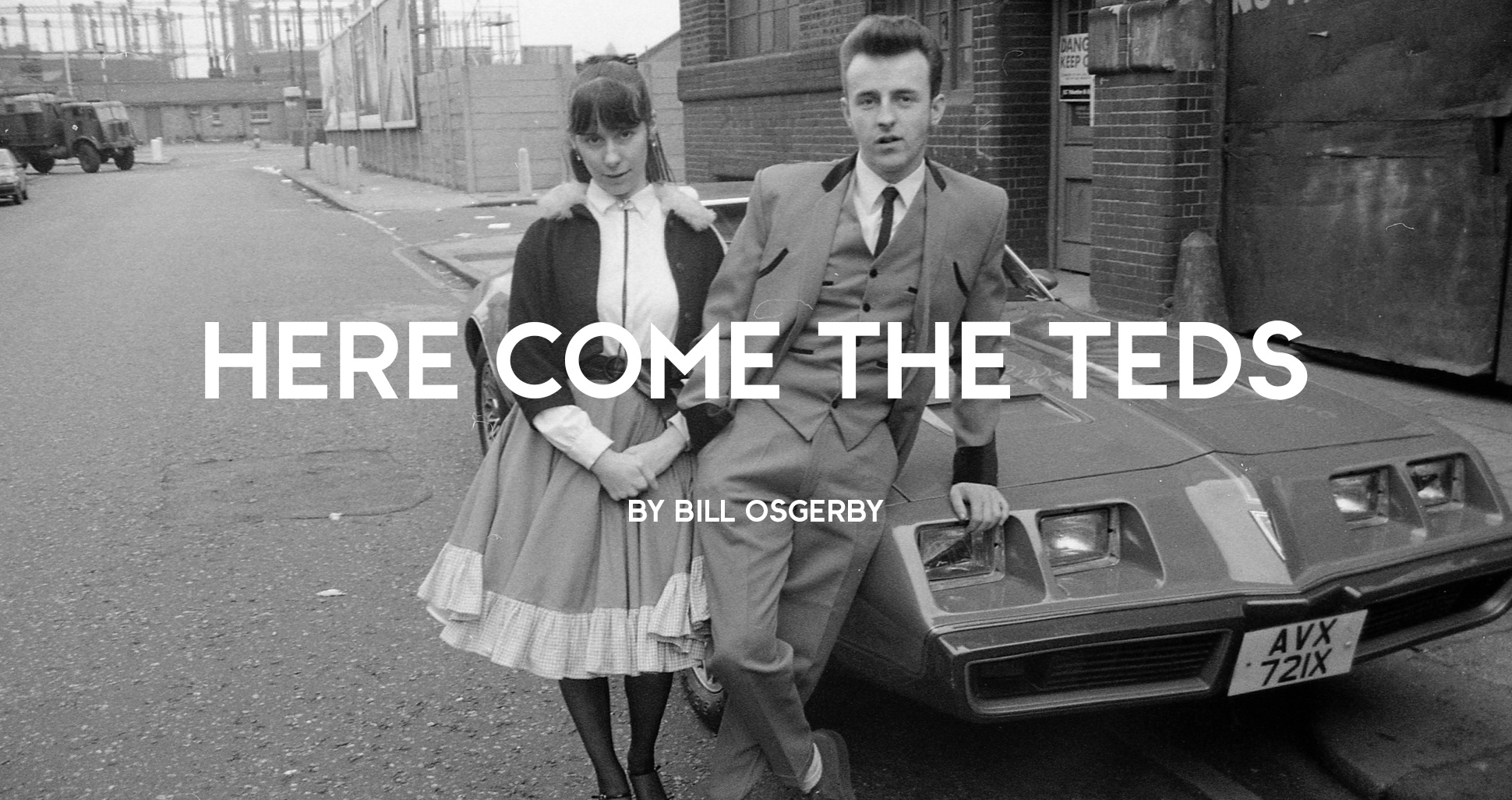 Appearing on the estates, back alleys and bomb sites of 50s London, the Teddy Boys were the first youth movement of post-war Britain. Jiving to Rock n Roll, these working-class teenagers peacocked in Edwardian drapesuits and have had an enduring legacy on future youth movements. 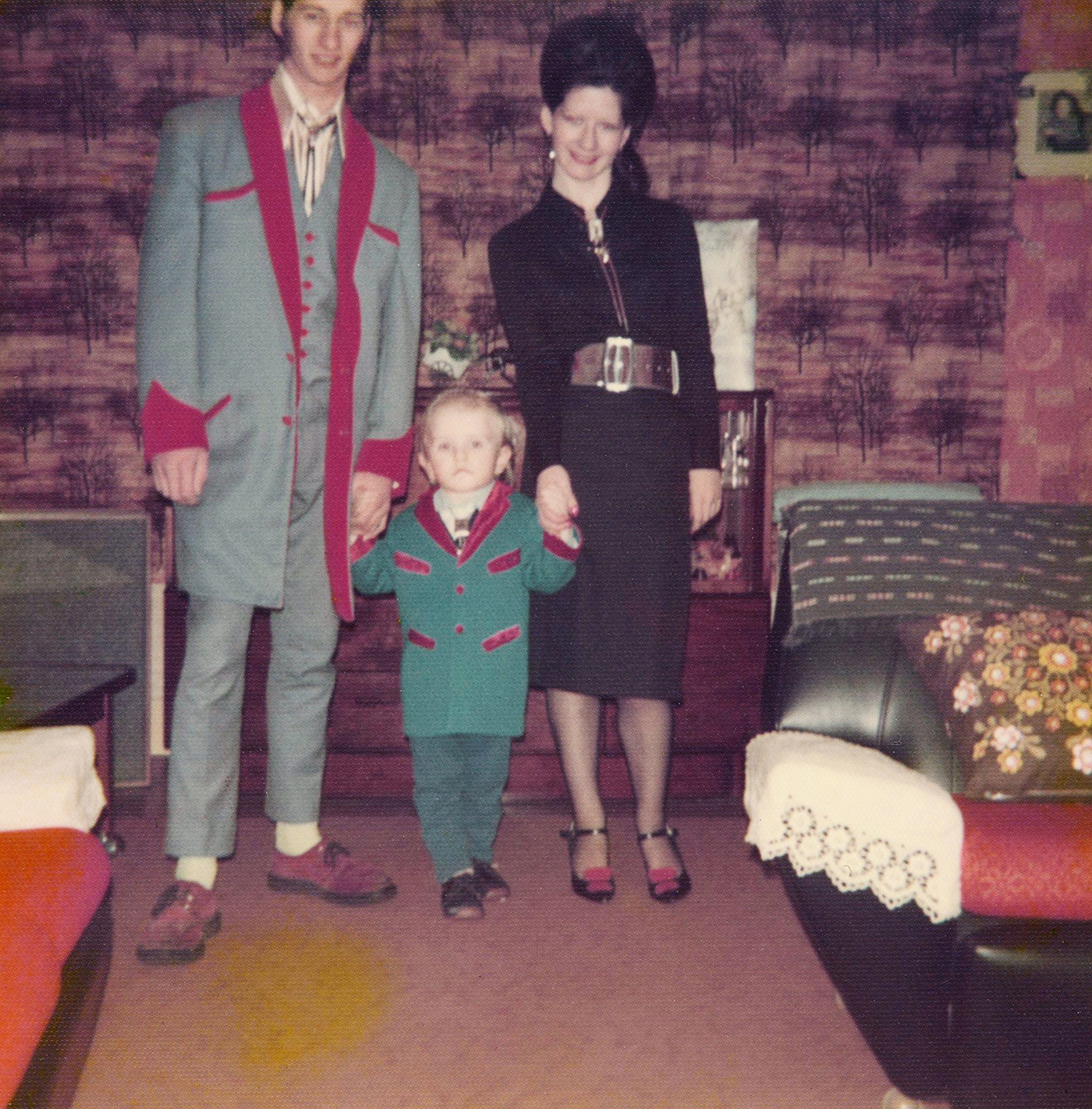 The rise of the ‘Teddy boy’ − or simply the ‘Ted’ − marked the arrival of the most distinctive youth style of 1950s Britain. The term ‘Teddy boy’ was originally coined by the popular press in 1953, and derived from the way ‘Ted’ is commonly used as a shortened alternative for the name ‘Edward’. The Teddy boy’s characteristic long, draped jacket was sometimes interpreted as a throwback to the fashions of the Edwardian Age − hence the epithet ‘Teddy boy’ was popularized as a phrase to describe the new, distinctively-dressed youngsters of postwar Britain.

The Teddy boy was more than just a fashion. He also had symbolic significance. The Teddy boy was often portrayed as the figurehead of a broader explosion of youth culture during the 1950s that was predicated on working-class kids’ increased spending-power and the attendant rise of a vast commercial market geared to their tastes and interests. But the Teddy boy also became a symbolic focus for the social anxieties these changes often provoked. Hence, Teddy boys served as the bête noir of 1950s Britain, and were widely cited as both the perpetrators of a new wave of violent crime and as a benchmark of the nation’s wider cultural dissipation.

The Teddy boy look emerged from a confluence of influences. For some observers, the style was commandeered by working-class youngsters from fashions developed during the late 1940s by London’s upmarket Savile Row tailors. Their flamboyant ‘New Edwardian’ suits, with tapered trousers and long jackets, were aimed at the young, aristocratic upper-class. They rejected the formless hang of wartime Utility and Demob clothing, and cocked a snook at postwar ‘austerity Britain’ by reviving the sartorial panache of the early twentieth-century. But, while the Teddy boy’s style may have partly represented a working-class appropriation of this elite dress-code, other factors were probably more significant.

Most obviously, the Ted’s style can be seen as a variant of the American-influenced fashions that had become popular among working-class youngsters during the 1940s. The look was inspired by the iconography of the Chicago gangster and the zootsuit styles originally developed by Mexican-American youths in wartime America. In Britain, these styles became associated with the ‘spivs’, the cockney wide-boys who wheeled-and-dealed in the black market of the 1940s. While it was used to denote any kind of ‘flashy’ petty villain, the term ‘spiv’ often bore specifically youthful connotations and, by the beginning of the 1950s, it was commonly used − along with terms like ‘cosh-boy’ − to denote brazenly attired young men with a predilection for delinquency. During the early 1950s, however, these phrases were superseded by ‘Teddy-boy’ as the prevalent term used to describe what had cohered into a distinctive and widespread youth style.

"The phrase ‘Teddy girl’ was occasionally used at the time, though their style was less defined. Sometimes girls would wear drape jackets, though this was not especially common. Tailored jackets were more popular, often matched with ‘pencil’ skirts or ‘hobble’ skirts (with a long, narrow hem). Later, American fashions became popular, with ‘circle’ skirts, petticoats and pony-tails all making an appearance."

Debate exists as to where, exactly, the Teddy boy first appeared. But there is general agreement that the style originally took hold in working-class areas of London, and subsequently spread nationwide. The ‘classic’ Teddy boy style was denoted above all by the long, drape jacket redolent of the American zoot-suit. It was usually worn in dark shades, sometimes with pocket flaps and velvet trim, while trousers were narrow and worn fairly high on the waist. Kids’ spending-power was growing, but a Teddy boy suit was still an expensive outlay. Usually tailor-made, it could require several fittings and might be paid for through a succession of weekly instalments. The suits, therefore, were worn with pride. Brocade waistcoats were favoured by the more dapper, while narrow ‘Slim Jim’ ties or western ‘bootlace’ ties were common. Long, pointed ‘winkle-picker’ shoes were favoured by some, while others preferred brogues or chunky, crepe-soled ‘beetle crushers’ (also known as ‘brothel creepers’). Several haircuts were popular. The ‘Tony Curtis’ (named after the actor who sported it) had a curled quiff on the forehead, with a crew-cut on top, all set in place by a heavy dollop of grease. The ‘Boston’, meanwhile, had the hair greased straight back and cut square across at the nape. The most iconic Teddy boy haircut, however, had a strongly greased-up quiff to the fore, with the sides slicked-back to form a distinctive ‘Duck’s Arse’ − or simply ‘D.A’ − at the back.

The phrase ‘Teddy girl’ was occasionally used at the time, though their style was less defined. Sometimes girls would wear drape jackets, though this was not especially common. Tailored jackets were more popular, often matched with ‘pencil’ skirts or ‘hobble’ skirts (with a long, narrow hem). Later, American fashions became popular, with ‘circle’ skirts, petticoats and pony-tails all making an appearance.

Like all young people of the day, Teddy boys (and girls) frequented dancehalls, cinemas and the profusion of coffee-bars that sprang up in British towns and cities throughout the 1950s. Initially, the preferred music tended to be modern jazz and sometimes skiffle, but by the mid-1950s this had been eclipsed by American rock ‘n’ roll. The appeal of rock ‘n’ roll was made clear by audiences responses to the film Blackboard Jungle, screened in Britain in 1956. The movie’s soundtrack features the Bill Haley and the Comets rock ‘n’ roll standard, ‘Rock Around the Clock’ and, when the film was shown in south London’s Elephant and Castle, the press reported that Teddy boys ran riot, tearing up cinema seats and dancing in the aisles. And similar reports ensued as the movie was screened throughout the country.

Often highly exaggerated, the press accounts of ‘cinema riots’ were typical of social responses to the Teddy boy. Generally, media portrayals were unequivocally negative, with the Teddy boy presented as a new, uniquely vicious, menace stalking British streets. Anxieties were especially aroused in 1953, after the murder of a twenty-year-old man on London’s Clapham Common was associated with Teddy boy gangs. And, throughout the 1950s, press reports across the country conjured with images of shocking Teddy boy violence. The stories, however, were invariably distorted and overstated. More often than not, the Teds served as convenient whipping-boys who could be blamed for Britain’s deep-rooted social problems.

Indeed, to some extent Teddy boys were used as scapegoats in media and political responses to a spate of urban disorders in Nottingham and London’s Notting Hill in 1958. The incidents were actually a series of racist street attacks by white mobs, but they were dubbed ‘race riots’ by politicians and the press who explained the events as a consequence of an ‘alien’ presence in British cities, with tighter immigration controls presented as the logical remedy. But the tacit racism of this response was also accompanied by a rhetoric of concern about youth and delinquency, with many commentators arguing that Teddy boys had been central to the disorders.  The strategy exploited the familiar themes of violence and criminality that had already sedimented around the Ted, and served as a convenient way to draw a veil over the institutional dimensions to racism and discrimination in 1950s Britain.

By this time, however, the Teddy boy was beginning to fade. The style clung on in the provinces but in London, by the late 1950s, the Ted’s drape-jacket and greasy quiff were steadily giving way to the chic, Italian-inspired flair that would become associated with the mods of the 1960s.

The Ted never totally disappeared though, and the mid-1970s saw a Teddy boy revival, partly spurred by the success of the London Rock ‘n’ Roll Show in 1972, a major concert in Wembley Stadium that featured many of the original American rock ‘n’ roll stars. The new Teds were a stylised version of the originals. Drape jackets, for example, were often in brighter colours, while sideburns could take on aggressive proportions and quiffs could be greased to improbable heights. The revivalist Teddy boys were also known for their enmity towards the new punk movement, and in Spring 1977 London’s King’s Road saw sporadic street fights between young punks and (usually older) Teds. To a degree, however, the conflict was stoked-up by the media, and it soon fizzled out. Moreover, during the late 1970s and 1980s, elements of Teddy boy and punk style merged together in the rockabilly and psychobilly scenes that emerged in the fragmented world of post-punk Britain. 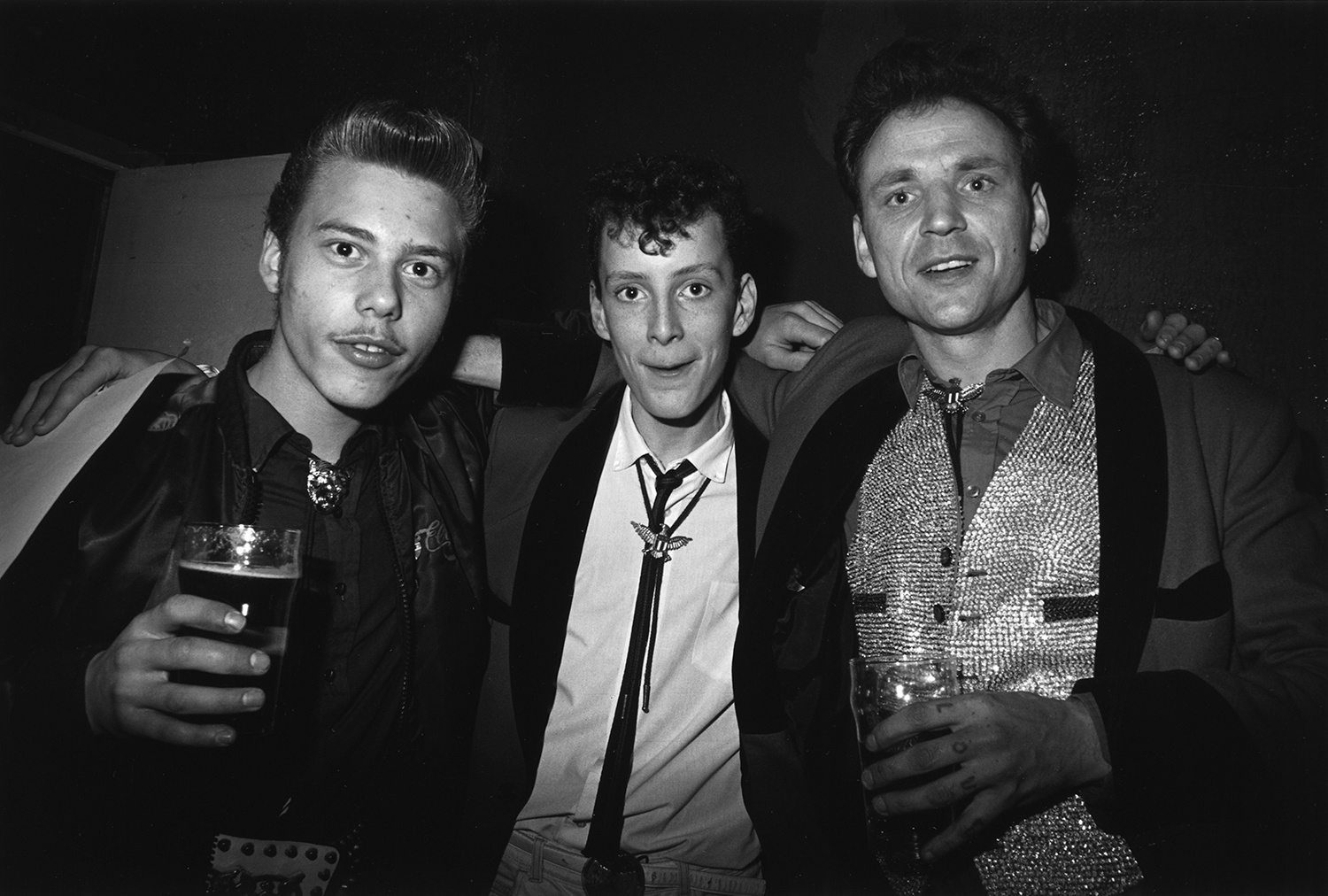