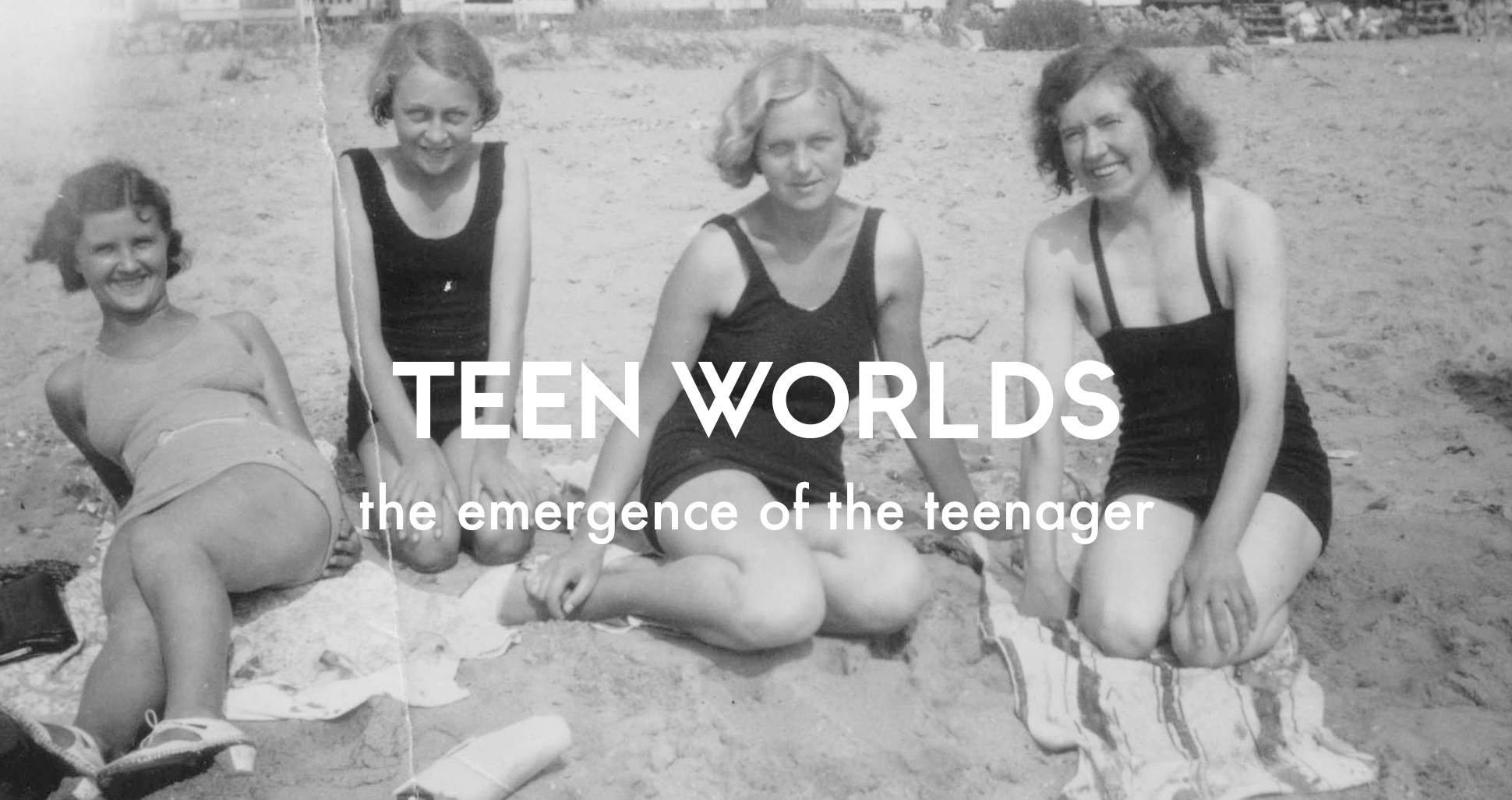 Contrary to popular assumptions, Britain's youth culture did not suddenly materialise amid a 1950s explosion of rock 'n' roll records and Brylcreemed quiffs. The roots of distinctive youth styles can be traced back to the Victorian era, when particular entertainments and fashions were first specifically targeted at young people. This nascent youth market became better defined during the 1920s and 1930s as youth's earning power began to grow. The inter-war depression meant levels of youth unemployment were a problem in some regions, but demand for young workers remained generally high since their labour was relatively inexpensive at a time when employers were cutting costs. Between the wars, therefore, working youngsters' earnings rose significantly and their disposable income was increasingly courted by cinemas, dancehalls, magazine publishers and a plethora of other entertainment businesses.

The origins of a distinctive youth culture, then, reach deep into Britain's past. But the mid-twentieth century was an especially important phase in its development, the period seeing a number of factors combine to accentuate young people’s social profile. Demographic trends were especially crucial. A surge in the birth rate at the end of the Second World War brought a pronounced 'Baby Boom', and the number of people aged under twenty grew from around three million in 1951 to just over four million by 1966. At the same time, changes in the organisation of education helped 'formalise' notions of young people as an identifiable social group. The 1944 Education Act brought a major expansion of secondary education, while the school-leaving age was raised to fifteen in 1947. There was also a significant expansion of the youth service (which administered youth clubs and other organisations intended to marshal young people’s leisure). Taken together, these moves worked to institutionalise 'youth' as a discrete social group associated with specific issues and requirements.

Youth was further bracketed as a distinct social category by the introduction of National Service in 1948. Until conscription was finally phased out in 1963, an average of 160,000 young men were, on turning eighteen, annually enlisted for two years training in the Forces. The looming 'Call Up' also encouraged many youngsters to make the most of their freedom while they could. As one lad explained to the news magazine Picture Post in 1957, '"Between now and the time I'm eighteen I've got to "do the lot". 'Ave a good time, I say, before I get called up, blown up or married"'.

But it was probably economic trends that played the biggest part in enhancing young people's social visibility. After 1945 the British workforce as a whole felt the impact of economic realignment – with a decline in heavy industry, movement of capital into lighter forms of production (especially consumer goods), the expansion of production-line technologies and trends towards 'deskilling'. And these changes had particular consequences for young workers. The shifts created a demand for flexible, though not especially skilled, labour power; and young people (because they were cheaper to employ than adults) were ideally suited to the role. The result was buoyant levels of youth employment throughout the 1950s and early 1960s which, in turn, brought a steady growth in young people's earnings.

As a consequence, the equation of 'youth' with 'affluence' became a prevalent postwar theme. During the late 1950s research conducted by Mark Abrams for the London Press Exchange (a marketing agency) helped popularise the notion that youth, more than any other social group, had prospered since 1945. Widely cited in an array of official reports (and a welter of books, magazines and newspaper articles), Abrams' data suggested that since the war young people's earnings had risen by 50 per cent (roughly double that of adults), while youth's 'discretionary' spending had risen by as much as 100 per cent – representing an annual expenditure of around £830 million. Abrams also maintained that this spending was concentrated in particular consumer markets (representing, for example, 44 per cent of total spending on records and 39 per cent of spending on motorcycles) which, he concluded, represented the rise of 'distinctive teenage spending for distinctive teenage ends in a distinctive teenage world'.

In reality, Abrams' statistics probably exaggerated the scale of young people's economic muscle. And they certainly obscured some significant regional variations. Nevertheless, notions of 'affluent youth' still had a degree of foundation. The wage packets of British youngsters were certainly not bulging but, compared to earlier generations, young people's levels of disposable income were tangibly enhanced – a spending power that underpinned a huge expansion of the commercial youth market.

By the late 1950s the range of products geared to young people seemed boundless. Popular music, in particular, became closely tied to the young's spending power. The growing youth market, for example, underpinned the meteoric rise of the 7-inch, vinyl single. Launched in 1952, vinyl singles accounted for 80 per cent of British record sales by 1963, while the success of releases was gauged in new, salesbased record charts (the first appearing in New Musical Express in 1952, followed by Record Mirror’s 'Top Fifty' in 1954).

Rock 'n' roll also emerged as a pop genre closely related to the youth market. The initial wave of American rock 'n' rollers (Bill Haley, Chuck Berry and Elvis Presley) was soon joined by homegrown talent such as Cliff Richard, Tommy Steele and Marty Wilde. And, with the 1960s boom in beat groups, British bands such as the Beatles and the Rolling Stones soon dominated global pop music.

The British film industry, too, made overtures to youth. Britain had nothing to match the huge American 'teenpic' industry of the 1950s, but British filmmakers made a concerted pitch to young cinemagoers with films featuring pop stars such as Tommy Steele, Cliff Richard and the Beatles. In contrast, British radio reacted slowly. During the 1950s rock 'n' roll could be heard only by tuning in to the American Forces Network or Radio Luxembourg. At the BBC rock 'n' roll was largely ignored as a consequence of 'needle time' limits that restricted the broadcast of recorded music, together with officialdom's disdain for a music it deemed crassly commercial. Radio stations specifically geared to a youth audience appeared in Britain only during the early 1960s, with the rise of unlicensed, 'pirate' stations such as Radio Caroline and Radio London – the BBC finally responding in 1967 with the launch of its own pop music station, Radio One.

The younger medium of television responded more swiftly. Initially, pop music TV shows such as Hit Parade (BBC, 1952) and Off the Record (BBC, 1956) were low-key in their youth appeal. By the later 1950s, however, competition between the BBC and ITV (their new commercial rival) helped generate a TV genre targeted more specifically at youth. Pop programmes such as the BBC's Six-Five Special (1957-8) and Juke Box Jury (1959-67) still made concessions to an adult audience through the inclusion of dinner-jacketed compères, but the launch of ITV's Oh Boy! (1958-9) – a show broadcast live from the Hackney Empire – heralded the rise of a quick-fire format aimed squarely at youth. And, in a similar fashion, ITV carried the day during the early 1960s with the hit pop series Ready, Steady, Go! (1963-6). For a while the BBC struggled to compete, but finally developed a winning formula with the launch of its flagship pop show, Top of the Pops (1964-2006).