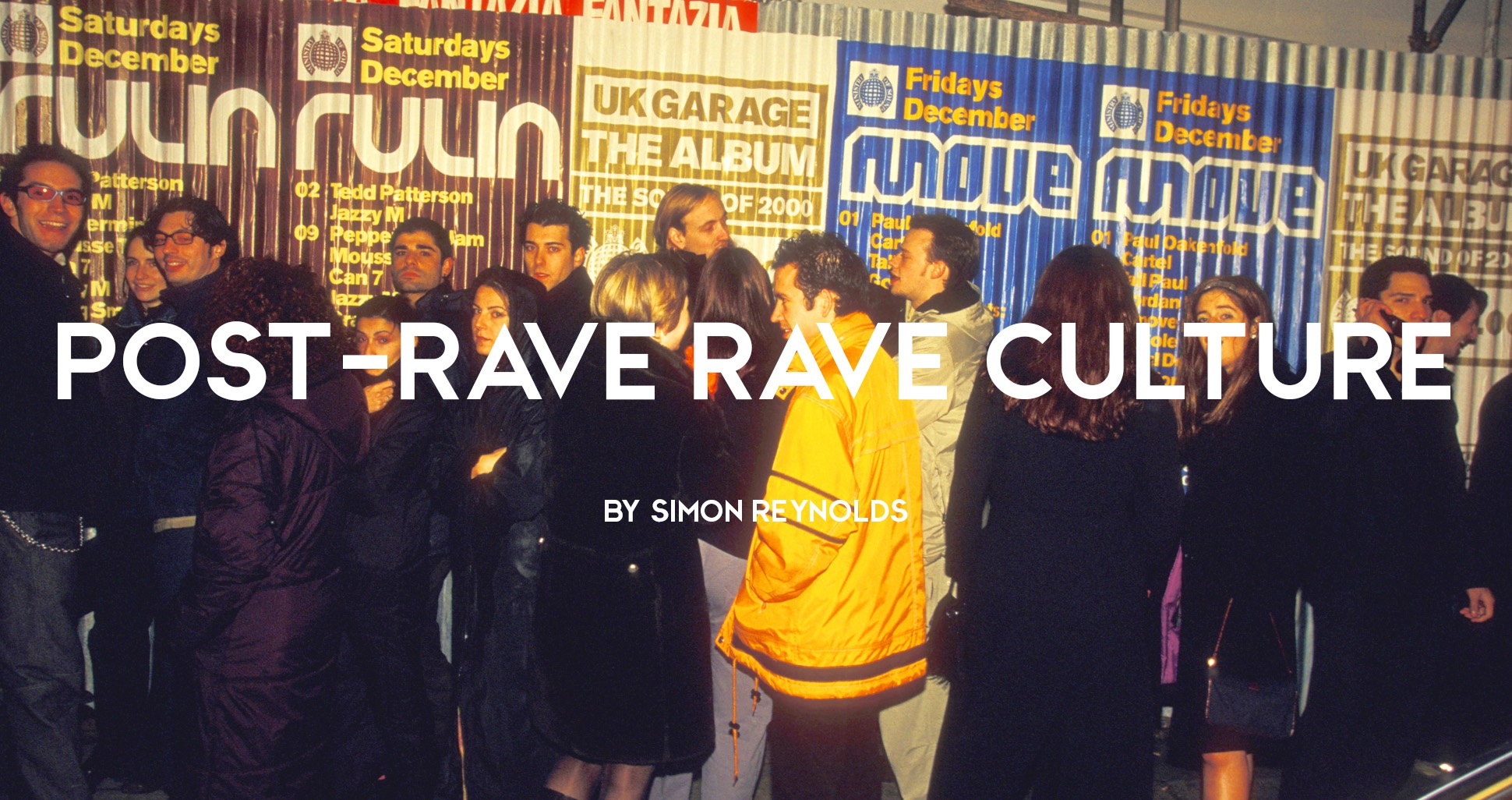 The Second Summer of Love, which took over Britain from cities like London and Manchester, soon gave rise to countless subgenres as the 90s became the decade electronic music went big. From Drum & Bass to Jungle and Hardcore, with superstar clubs and high-flying DJs, rave took conquered the world. Lets look at what happened after those formative years of ’88 and ’89, tracing it to the clubs and movements of today. 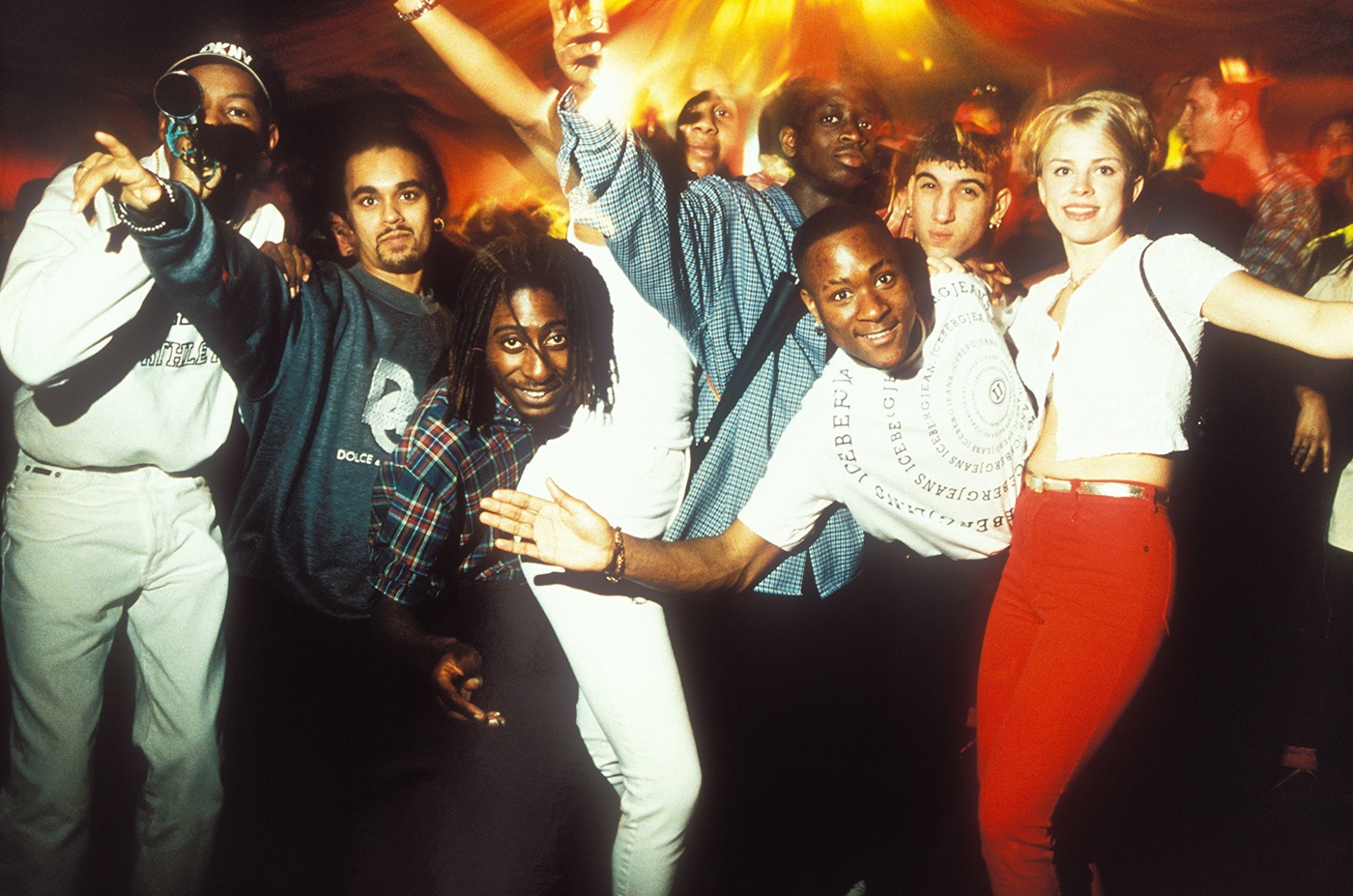 It’s not as though underground dance culture did not exist in the UK until the acid house explosion of 1988 and ‘89.  In fact, there was in fact a rich and varied Eighties club culture. The immediate precursors of raves were the warehouse parties in rough-and-ready London locations, nights with names like The Dirtbox. Music had already shifted from live-band funk and disco to the electronic palette of drum machine beats, sequenced patterns, samples and synth-bass, with the rise of a “street sounds” culture based on US imports like electro and rap.  The cult-like fanaticism of acid house had precursors stretching back through jazz-funk and Northern Soul to Sixties mod. Even the word “rave” – as a noun and a verb – had a long history, threading through Jamaica sound systems, psychedelic happenings like Pink Floyd’s All-Night Rave of 1967, right back to the rowdy trad jazz clubs of the early Fifties. The idea of raving outdoors, under the night sky, echoed the free festivals thrown by hippie travelers since the early 1970s.

Yet the mark of a true pop revolution is the way that all the antecedents and ancestors combust into an incandescent Event that feels out of the blue – the start of something new. And that’s how 1988 felt, when the synergy of house music and Ecstasy catalyzed a dance movement that broke with the too-cool posing and fashion-consciousness of the existing UK club scene. The hypnotic beats and alien writhing and rippling bass-patterns of the acid house style unloosed – in conjunction with MDMA and LSD – a level of abandon and ritualistic intensity not seen since the late Sixties. Clubs like Shoom and Spectrum became “fraternization machines” blurring boundaries of class, race and sexuality. Smoke machines, strobes and trippy lights encouraged crowds to merge into a single organism, a group-mind enfolded in a sweaty group-hug.

Promoters and punters soon realized that when events were larger, that sense of unity was amplified. This unleashed a logic of escalation, with events expanding from raves in the warehouses of East London and abandoned factories of Lancashire and South Yorkshire, to increasingly massive outdoor parties thrown without official permission in abandoned airfields or farms.  Triggered in part by sensationalistic and alarmist coverage from the newspapers, but also their own obligation to control drug sales and consumption while guarding against the disruption to local people caused by convoys of cars carrying youth to the raves,  the police tried to crack down on events. Promoters developed complicated systems to get around the blockades, using phone messaging and meet points for the distribution of further instructions to guide ravers to the party location. The summer of 1989 was a game of cat and mouse between the police and the hordes of brightly colored youth in their cars. Some of the most successful raves like Biology and Sunrise achieved 20 thousand or more attendances. Soon legislators moved in to pass laws that gave the police stronger powers.

The rave movement, temporarily thwarted, retreated back into the small clubs for a while. Then the piecemeal, city-by-city liberalization of restrictions on all-night dancing and the emergence of fully legal parties whose promoters applied for permission and were better organized in terms of safety codes and facilities led to a resurgence on a vastly bigger scale than ever during the 1990-92 period. Huge commercial raves like Fantazia providing a level of spectacle and side-show entertainment to rival the big amusement parks, drawing crowds above 30 thousand in a few cases.

"The rave movement, temporarily thwarted, retreated back into the small clubs for a while. Then the piecemeal, city-by-city liberalization of restrictions on all-night dancing and the emergence of fully legal parties whose promoters applied for permission and were better organized in terms of safety codes and facilities led to a resurgence on a vastly bigger scale than ever during the 1990-92 period."

Musically, the UK scene was initially dependent on imports from Chicago, Detroit and New York, but soon began to develop its own mutant homegrown forms of house and techno. Early landmarks like A Guy Called Gerald’s “Voodoo Ray” came out of the vibrant Manchester scene of clubs like Hacienda and Konspiracy, an end-of-Eighties moment that also spawned indie-dance outfits like Stones Roses and Happy Mondays. Across the Pennines, in Sheffield and Bradford, Unique 3 and LFO merged Kraftwerk-style minimal synth-melody with seismic sub-bass sourced in the Jamaican sound system tradition to create an influential Northern genre of bleep techno that dominated dancefloors for a couple of years.

Meanwhile, down in London, the most long-term significant development came with the incorporation of looped, sped-up breakbeats from hip hop and dancehall’s rowdy vocal into the house music template, as developed by Shut Up and Dance, the Ragga Twins, Urban Shakedown and The Prodigy.This “hardcore” rave style was so popular in 1991-92 it propelled a stream of anthem into the higher reaches of the Top 40, with barely any radio support from the BBC or commercial stations. But as the music evolved, fueled by rampant drug consumption and an associated appetite for faster and faster tempos, hardcore rave grew uncommercial and frankly avant-garde in its deranged strangeness. The breakbeats got more jagged and intricately frenzied, the bass boomed with an oozy abstraction that felt menacing and destabilizing, while producers like 4 Hero and Goldie laced their tracks with horror and s.f. movie samples that pluggedinto a new drug-addled dancefloor mood of paranoid dysphoria.“Darkside”, as it was called, and its successor jungle, were sounds pushed by the pirate stations that swarmed across the radio dial, exploiting the broadcast opportunities provided by the many high-rise tower blocks in the East and South quadrants of inner city London.

Jungle represented a new hybrid identity within British youth, blending the attitudes and slanguage of American hip hop and Jamaican reggae (in particular the sound system rituals of rewinds, dubplates, and MCs chanting over the DJ’s relentless barrage of beats), but also working riffs and atmospheres from hard European techno and from the UK’s postpunk and industrial traditions. Omni Trio, one of the leading jungle producers, actually had a background in the same scene as Nurse With Wound, for instance, and was twice the age of many of his allies and competitors in a scene otherwise heavily populated with teenagers. Jungle got rougher and ruder, but it also got more musical, stirring in flavors from soul, jazz and ambient to produce new luminaries of what came to be called “drum and bass” such as LTJ Bukem.

Other directions developed in the early-to-mid Nineties U.K. in parallel with jungle. There was a neo-hippy strand of psychedelic trance music associated with Club Megadog, the free party scene whose rise climaxed ith the May 1992 megarave at Castlemorton, and a new phenomenon of raver tourism to exotic locales like Goa. A more Euro-oriented scene of spartan, hard-as-nails techno brought a punitive and ascetic vibe to clubs like Lost and Final Frontier.Less ascetic and punitive was Big Beat, a sound and scene fueled as much by pils as by pills, and accordingly rock’n’roll in vibe and student-friendly. It thrived in small clubs like the Heavenly Social and its catchiness reached the top of charts with hits by the Chemical Brothers and Fatboy Slim. Song-based, vocal-rich house sustained both the mainstream clubbing industry and niche scenes like UK garage, with varying degrees of conservatism and subtle innovation. An entire home-listening, ambient-oriented realm of spacey and emotionally bittersweet electronica emerged thanks to labels like Warp and Rephlex, artists like Aphex Twin and Autechre.

Many regional subgenres and micro-genres sprang up attuned to local demographics and taste patterns. Meanwhile London and the larger Northern cities each supported a huge array of styles while also hosting massive superclubs like Ministry of Sound, Cream and Gatecrasher. These mini-corporations with their merchandising and branding turned the dance industry into a highly professional and increasingly sterile leisure industry. A circuit of mobile superstar deejays shuttled frantically across the country earning huge fees and often playing two or three times each weekend night, punctuated by lucrative trips overseas.

Once upon a time, the huge legal parties placed all flavours of house and techo under a single giant marquee, while deejays mixed up the styles and tempos during their tents. But by 1996’s Tribal Gathering mega-rave, the music had splintered to the point where seven tents were required to cater for the different taste markets and each genre’s internal deejay hierarchy. The movement – once so threatening in its massed pagan delirium that it instigated two separate bouts of Parliamentary legislation to suppress and corral it – split into separate tribe-vibes. The spectacle of unity-in-diversity – like children engaged in parallel play rather than in a shared game –  provided a poignant inverse echo of the coming together that had occurred in 1988-89 and again in 1991–92.