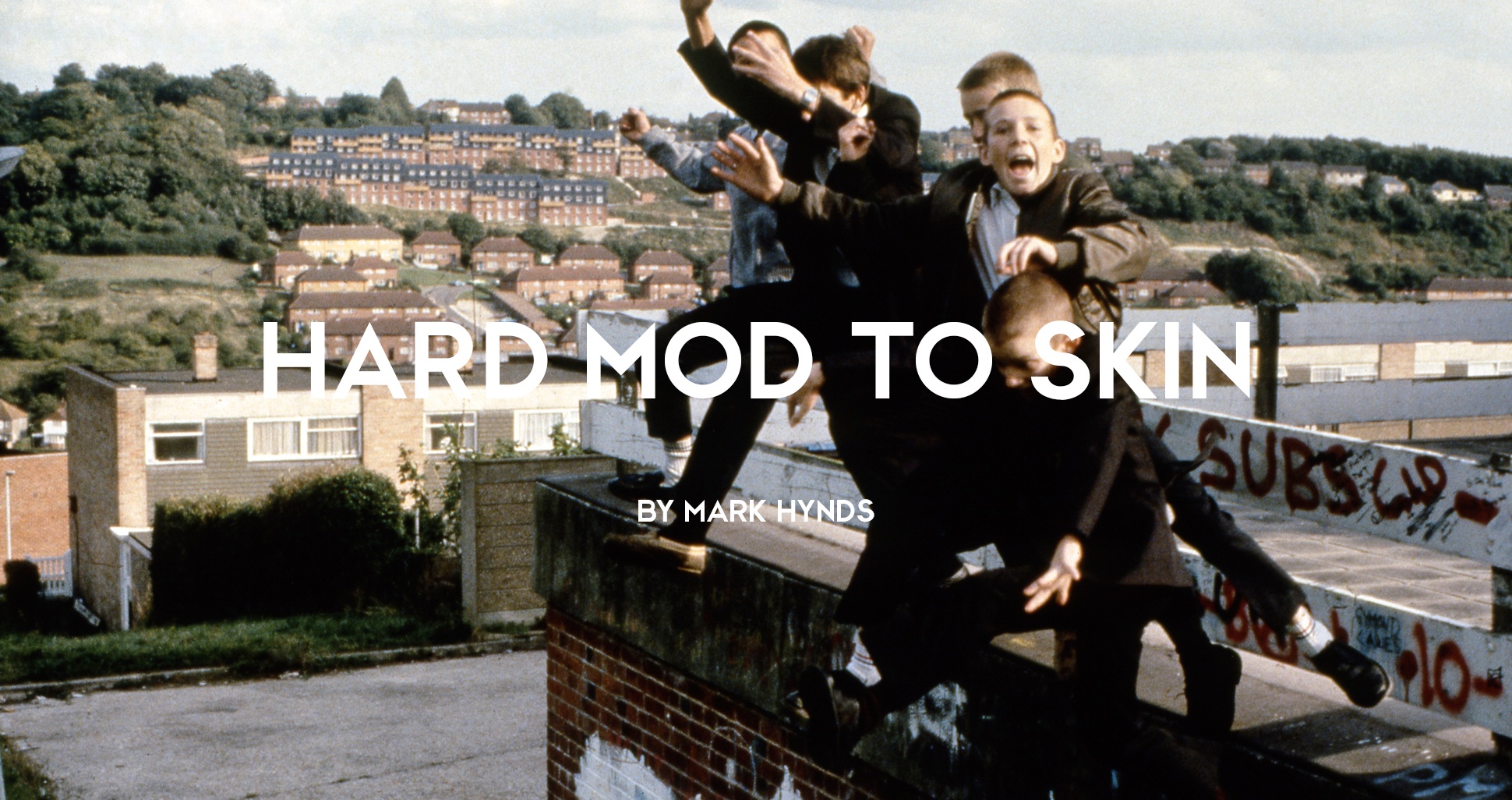 Perhaps one of the UK's most demonised and misunderstood subcultures, the Skinhead movement emerged in the late 1960s through an incredible coming together of white working class culture and newly arrived migrants from the West Indies. 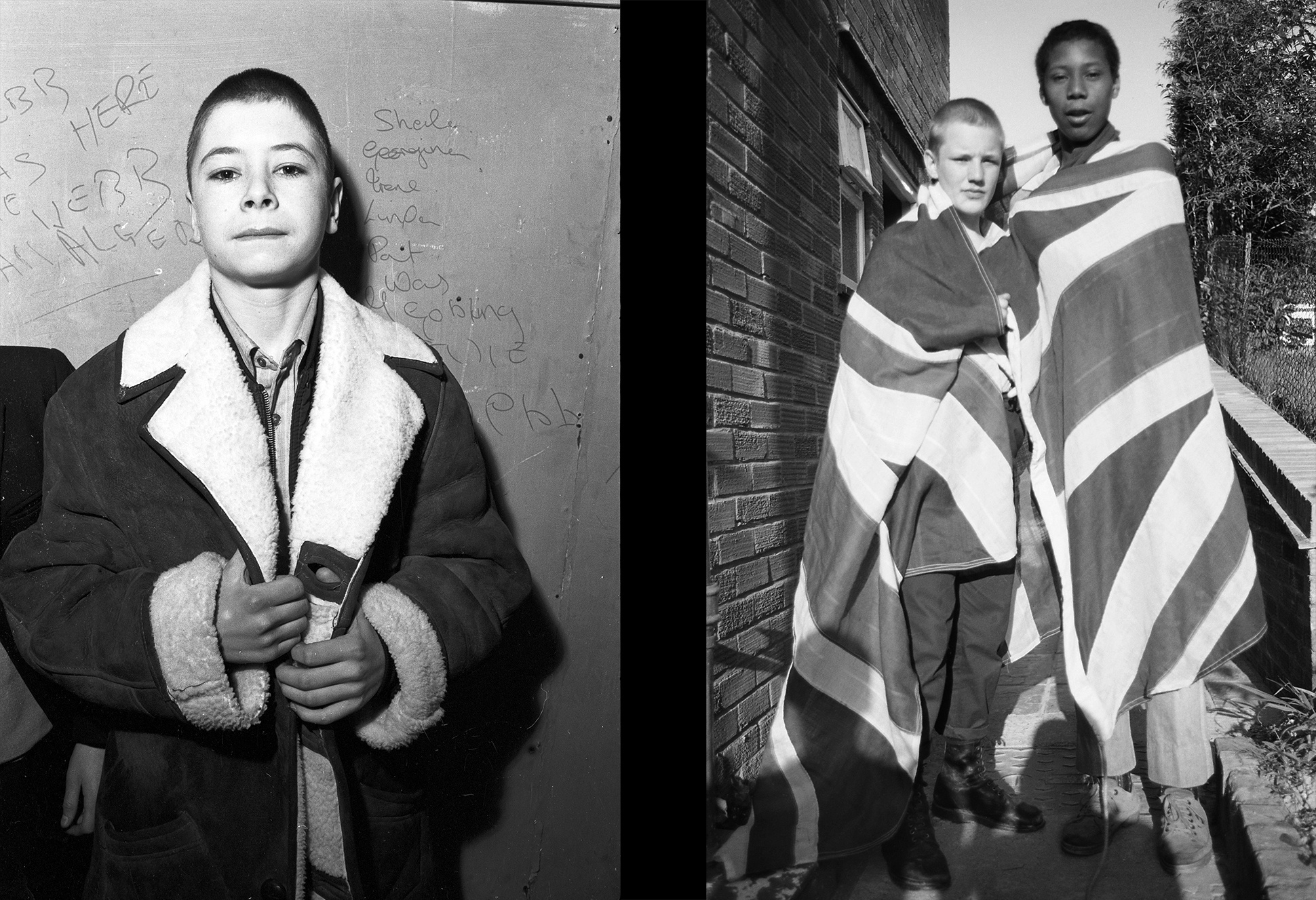 ​​The British subculture known as skinhead emerged from the streets and insular areas of London in the late sixties. References to ‘hard mod’ are pointers to its development from the early sixties mod scene. As that scene grew in numbers its elitist, underground club beginnings were overtaken, shifted onwards by frequent mass seaside gatherings catching the attention of the national press as they erupted into violent skirmishes.

​​Against this backdrop the Skinhead look began to take hold. In stark contrast to the esoteric flamboyance celebrated elsewhere in the latter half of the sixties groups of working class kids looked to their backgrounds and surroundings and pieced together a look that celebrated and spoke of something they could call their own. By late 67 edging in to 68 this new look began to appear – a look built on an ethos of traditional values, a return to working class pride. At its core was a tough-yet-smart combination of standard shirts (button down or collarless), jeans, braces and heavy work boots all crowned with a smartly shorn hairstyle creating the perfect ideal of a smart day-to-day street uniform. Elsewhere were incorporated an array of work-wear influences: traditional donkey jackets, jungle greens (tough, cotton canvas army surplus trousers) and denim jackets. It was this silhouette that launched the street tough, working class image that epitomised the early look of skinhead.

"It seemed crazy to me (that) there was a revolution going on and no one could see it" - Gavin Watson, Photographer 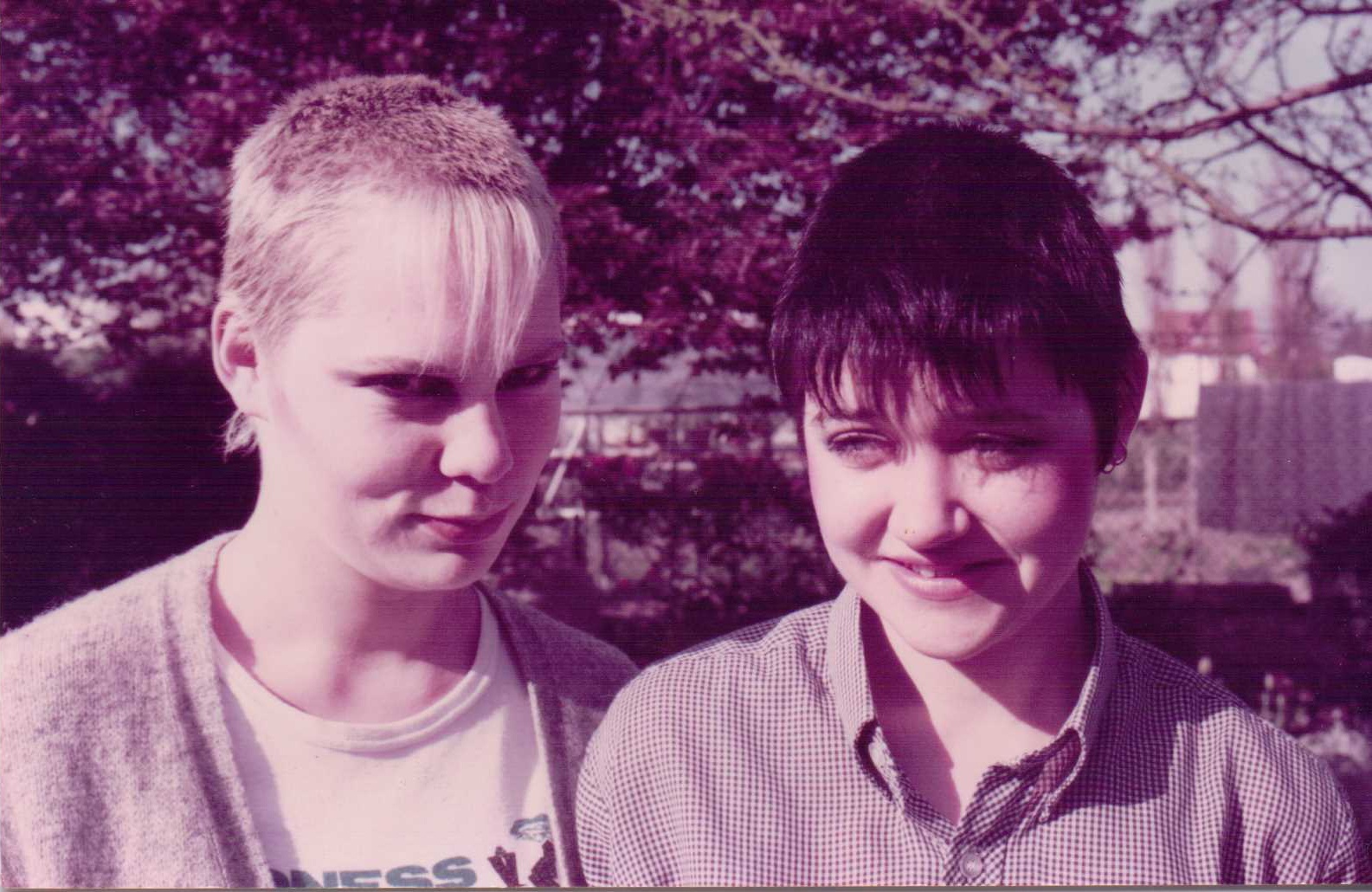 For the first time an internal influence held sway over working class street fashion, a re-appropriation of work wear and traditional clothing styles appeared for the first time as a street style statement. Where previous eras youth cults – Teddy Boy and Mod – had sought to emulate the flash of the upper classes or the finesse of continental Europe, the skinhead look remained a homage to its staunchly proudly working class beginnings. When it first appeared it did so without a specific name, variously described as ‘peanut’, ‘lemons’, ‘boiled eggs and ‘cropheads’ on the streets the term ‘skinhead’ was a title bestowed up on the scene by the media who early on highlighted and exaggerated the scenes penchant for aggressive, trouble making specifically the violence that began to emerge at football grounds. For working class youth at the time Saturdays meant football and for many outside of the capital their first glimpse of skinhead was telegraphed visually via the terraces as large gangs travelled from London to away games up and down the country.

​​Whilst the distinct ‘off duty’ uniform of skinhead sought to echo the simplicity and toughness of working class life the smartness of its mod associations reappeared in the evenings and weekends. Style wise they referred back to the smart, suited attire of their predecessor alongside the age old idea of dressing up to escape the grind and grime of the work day week – button down shirts, sharply cut suits, crisp clean fly fronted macs or a crombie overcoat, boots replaced with exquisitely polished leather brogues or royals. Everything worn with an impeccable sense of style, subtle twists subject to the exact same scrutiny, eliciting the slight nod of approval or a sneer of derision that fuelled the early Mod code of ethics.

The other key influence in smart, skinhead style came from further afield yet were encountered locally via the influx of Jamaican families arriving in the capital in search of work and looking to start new lives. They bought with them the notion of the ‘rude boy’ – Jamaica’s own smartly attired street toughs whose sense of style was eagerly acknowledged and quickly assimilated into the skinhead look – shorter trouser lengths, tonic suits and stingy brimmed, trilby hats began to appear as an influence on the skinhead wardrobe. Skinheads also adopted the sound of young Jamaica in the form of ska and blue beat, so close was the affinity of skinheads with ska and reggae that records aimed specifically at this market began to be released with lyrics and song titles that specifically referenced the scene.

At the turn of the decade the look continued to develop. Moving forwards into smarter territory, hair was worn longer and clothing began to be influenced by the American Ivy League college look –  a mix of suits, button down shirts, beautifully crafted leather brogues and smart casual sports influenced blousons – including the iconic Harrington Jacket. This air of pristine smartness heralded the era of the ‘suedehead’ and a subtlety to the look that recalled mod at its height more than the boots and braces of skinheads’ original incarnation. Yet within a year there were more style shifts as the scene began to expand and morph into an era known as ‘smooth’, one that would signal a definite book end to the development of the skinhead look. The style shifts of the ‘smooth’ era saw button downs replaced by larger, rounded, ‘penny collars’, worn open, suggesting an air of casualness, previous eras had never acknowledged. Large checked trousers and cords worn with polo neck and fairisle patterned jumpers, created a far less refined silhouette than in earlier years –  echoed further by a move towards bulkier, heavier footwear like basket weave Norwegians. Hair by now was getting much longer, shoulder length – the antithesis of skinheads beginning – a combination creating a much looser, casual air to the look, a strange mix of street toughness and restrained, kept-in-check flamboyance.

Mark Hynds is a graphic designer and writer. A teenager at the dawn of the 1980's he spent every single penny of his paper round/birthday/Christmas money on records and clothes. He no longer delivers papers but other than that nothing has changed. He remains obsessed with the looks, sounds and creativity of street borne subcultures and currently publishes the fanzine Subbaculture

A Clockwork Orange, Stanley Kubrick, 1971
This is England, Shane Meadows, 2007 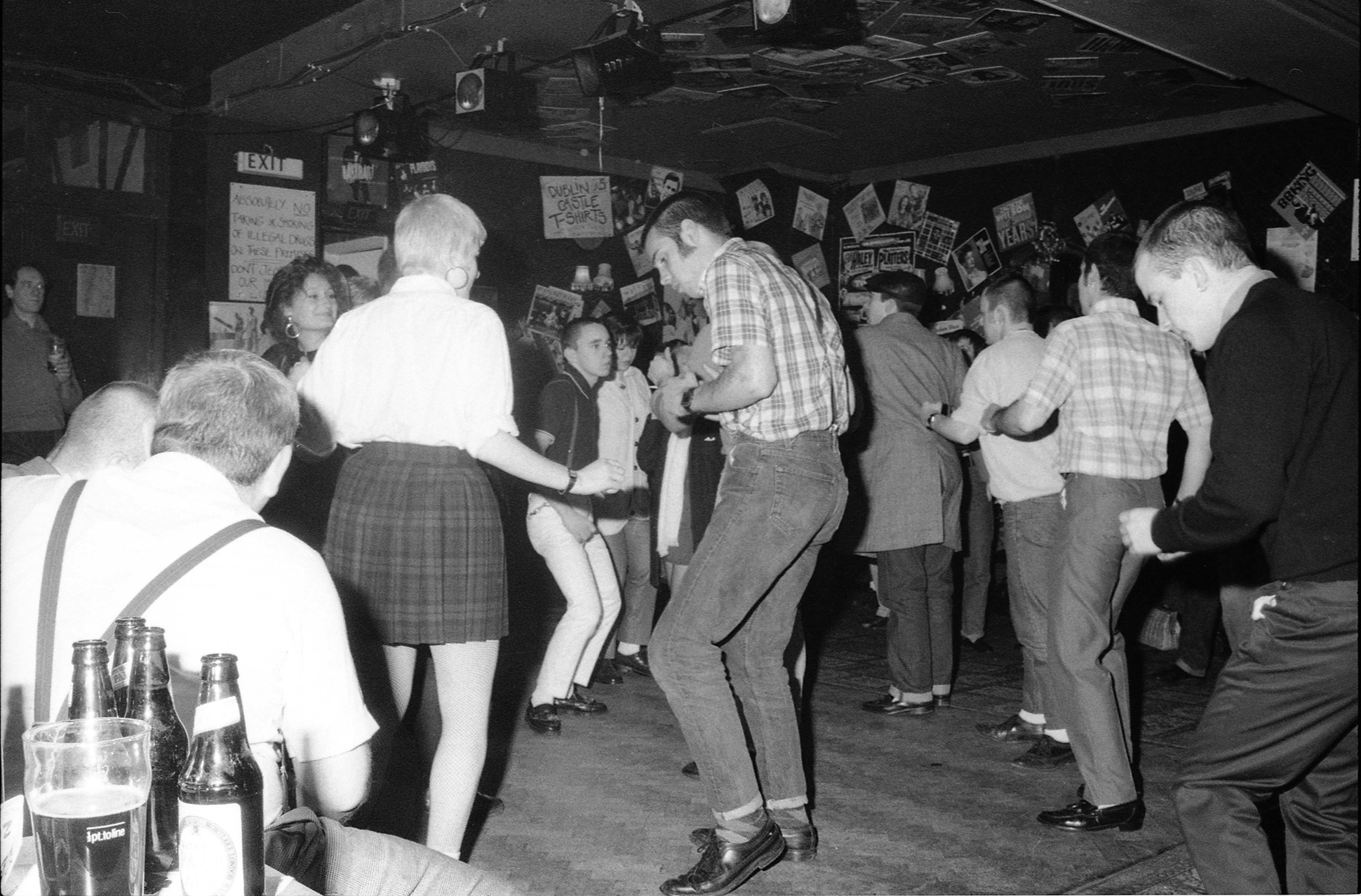